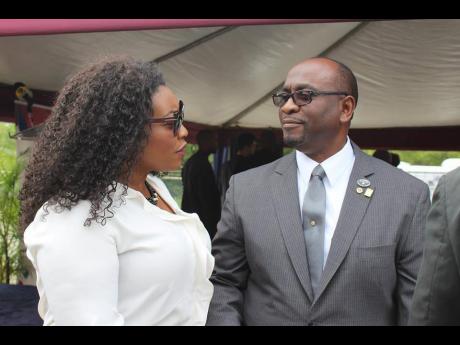 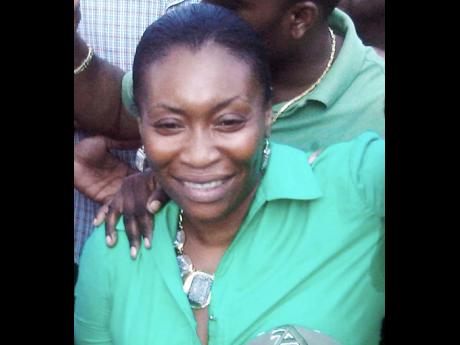 CEO of the Universal Service Fund (USF) Suzette Camille Buchanan has become the latest head of an entity under the former minister of science, energy and technology to resign.

Sources told The Sunday Gleaner that Buchanan handed in her resignation last Friday with it to take effect immediately, less than one month after she was hailed by the chairman of the board for her "astute leadership of the entity".

There was no confirmation of the CEO's resignation from the USF yesterday, while senior government sources refused to confirm or deny the reports.

The USF was thrust into the public spotlight last month when questions were raised about operations at the agency after news emerged that Buchanan had employed her daughter as a social media agent.

At that time, USF Chairman Robert Lawrence argued that the agency's human resource policy did not prohibit the hiring of relatives of employees.

He added that while the policy was silent on temporary engagements, having the daughter of the CEO engaged to provide any type of service to the organisation could be construed as not the best exercise of judgement.

"Ms Buchanan was made aware of a possible issue with the engagement after her daughter discontinued the arrangement," said Lawrence.

Lawrence further argued that with the strides that the USF has made under Buchanan, and her proven track record of performance, dismissal would have been too drastic a penalty.

"As a former board member and CEO of Caymanas Track, she had stewardship of over 400 employees and managed billions in annual revenue. That experience, coupled with her business acumen and marketing skills, made her a natural fit for the organisation," said Lawrence.

He further declared that Buchanan had excelled during the interview process and "continues to demonstrate astute leadership".

Lawrence added: "The position was advertised, and following a competitive interview process the best candidate was chosen by a panel, and so far, the board is satisfied with her work."

In a release on the employment controversy the USF quoted Buchanan as saying: "I have always operated with the utmost integrity and transparency. Now that we are clear on that policy, I will work alongside management to ensure there is no recurrence of such incidents within the organisation.

"At the time the agency did not have a strong social-media presence. Her focus was on raising awareness of the entity to help extend its reach," Buchanan was quoted as saying. She added that her daughter initially provided her social-media services at no cost, after which an arrangement was instituted.

"She was engaged for the short term, performing entry-level tasks and was not on staff. As such, she received no benefits or allowances. In May, she advised in writing that she would no longer be able to provide her services, and as such, the arrangement was discontinued," added Buchanan.