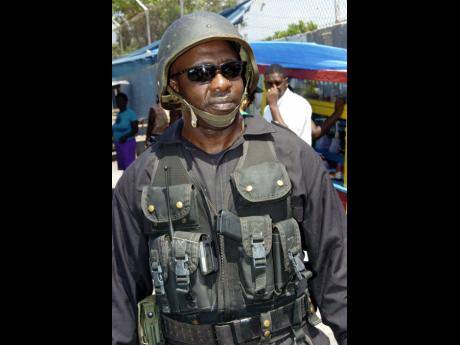 Daley celebrated his departure from the JCF with associates and former colleagues at a function held at his home in St Catherine last week.

"I chose to keep this activity here at my home, although my seniors wanted it to be held at the Mobile Reserve where my career started and ended," Daley told The Sunday Gleaner.

"I joined the JCF in 1978 and within 15 years I was promoted to the rank of superintendent. I remained in that rank for 25 years until my retirement," said Daley.

He noted that during his time in the JCF, he served at the Mobile Reserve on three occasions and worked in operations, crime-fighting, and sports.

The St Catherine High School past student said that among his regrets in his otherwise fulfilling career was his brush with the wrong side of the law.

"I was arrested for corruption. They claimed that I collected $25,000, and for five years I was before the court until I was freed in 2013. This remains fresh in my mind," said Daley.

He said that during that low period in his life, he found inner peace in the realisation that even those you believe are enemies can be your protectors.

"I was locked up at the Horizon Remand Centre with Joel Andem and Donald 'Zekes' Phipps, who I had helped to imprison. As fate would have it, instead of being a target I was protected by them," added Daley.

He said that during the six days in custody, he realised how cruel fate could be.

"It was sad that I had been a member of the force with 30-odd years of service and I was in custody at a remand centre, while other (cops) charged with murder and other such offences were being housed at Grants Pen," said Daley.

He told our news team that if he were to live his life again his chosen career would still be in the police force.

According to Daley, he will continue to serve the many school boards on which he sits, as well as his contributions to sports and other social activities.