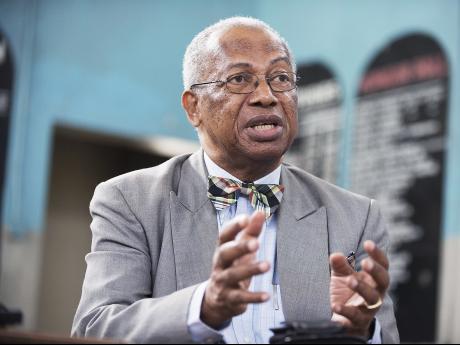 There are calls for a deeper analysis of a national survey which has shown that there is an unusually high rate of depression among Jamaican men in the 55 to 64 year age group, particularly from the parishes of Manchester and Trelawny.

More women are affected by depression both locally and globally, but, according to the Jamaica Health and Lifestyle Survey III, middle-aged men in Jamaica have diverted from this general trend.

"In the 55-64-year-old age group, we find that the men are showing higher prevalence of depression than the women. In this age group, the women are actually showing the lowest level of depression for all age groups," noted Dr Georgiana Gordon-Strachan during a national dissemination meeting to look at the findings of the survey last Thursday at the Mona Visitors' Lodge and Conference Centre in St Andrew.

Public health expert Professor Winston Davidson suggested, during the question-and-answer session of the dissemination meeting, that the data be disaggregated and an assessment be done of males along the trajectory of their life cycle.

"If you understand the male biological life cycle, you begin to understand that between the ages of 55 to 64, that is when your testosterone level goes below that critical mass, and when it does, men get very miserable, very depressed and some of them even become some dirty old men," he argued.

Davidson said men often cope by going to the rum bar and playing dominoes as opposed to seeking medical help.

Gordon-Strachan noted that men in the 55 to 64 age group would require a further examination to determine the underlining causes of their depression so that appropriate interventions can be implemented.

Depression is a common mental disorder that can lead to suicide if not treated effectively.

"When we looked at depression by sex and geographic locations, looking specifically at rural and urban settings, what we found is that the national estimate is 14.3 per cent," Gordon-Strachan explained.

She noted that, "for the whole island, the estimate is for men to be less likely or significantly less likely to be depressed than women, and this of course follows the global trend".

Although the rate of depression has dropped by about six per cent over the last 10 years, she is particularly concerned about the prevalence rates among those 15 to 24 years, 25 to 34 years and those over 75 years.

Researchers also captured data regarding suicidal tendencies among Jamaicans and found that there was no reduction in the prevalence of attempted suicide when compared to 10 years ago.

Kingston, St Andrew and Portland have the highest prevalence of persons who considered suicide, according to the study.

"The overall national reduction in depression and suicidal ideation, I think, is a move in the right direction. Programmes targeting the higher prevalence age group, especially those 75 and older, should be seriously considered," said Gordon-Strachan.