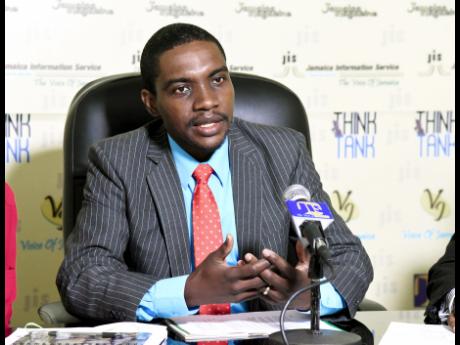 A seemingly botched attempt by the Urban Development Corporation (UDC) to fire one of its employees has left the agency facing a multimillion-dollar lawsuit and a court injunction blocking the dismissal.

Farrah Blake, a manager at the UDC subsidiary St Ann Development Company (SADCo), has asked the court to order the UDC to pay her damages for conspiracy to induce breach of contract or conspiracy to cause loss by unlawful means.

The imbroglio involving Blake and the leadership of the UDC has reportedly been simmering for months and came to a head last week when she was emailed a letter indicating that her services would have been terminated on September 10, with one month's salary in lieu of notice.

Hours later, a second email was sent to Blake withdrawing the dismissal notice, while the hard copy, which was reportedly placed on her desk in her absence, was retrieved and discarded.

In documents filed in court, Blake, who was the effective manager of SADCo, argued that the attempt to dismiss her was part of attempts to undermine her tenure and discredit her by managers of the UDC.

She also charged that the defendants had unilaterally set improbable targets for her and altered the scores on her appraisal after it had been agreed to and signed by both parties. That allegation has been referred to the Police Fraud Squad, which is expected to question some of the major players this week.

Blake is receiving the backing of the chairman of the board of SADCo, Joseph Issa, who, in an affidavit filed in court supporting the injunction to block her dismissal, said Blake was employed to the entity in October 2017 to deal with suspected incidents of corruption within the management structure.

According to Issa, "Since then, the board has trust and confidence in [her] competence to manage the entity as well as weed out the corruption plaguing SADCo."

He told the court that despite the board's satisfaction with Blake, there was evidence that efforts were being made by the management of the UDC to undermine her authority, and she has suffered ill-treatment at the hands of Graham.

He argued that there were clear indications that the defendants were moving to dismiss Blake, and urged the court to block this.

The UDC is yet to file its response with the court, and yesterday Graham referred The Sunday Gleaner to his chairman, Ransford Braham, but efforts to contact him were unsuccessful.