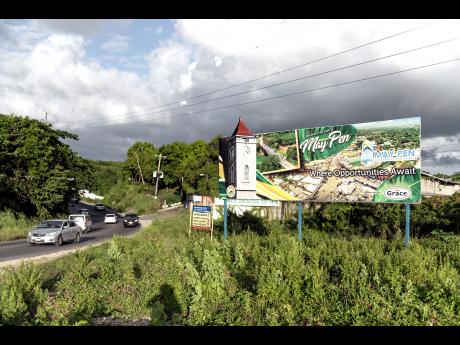 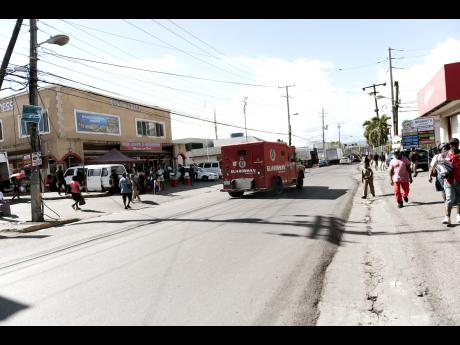 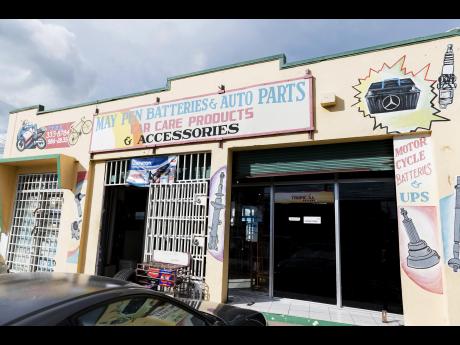 Gladstone Taylor
More than $9.5 million dollars worth of batteries, tires and other items, were stolen from this May Pen business. 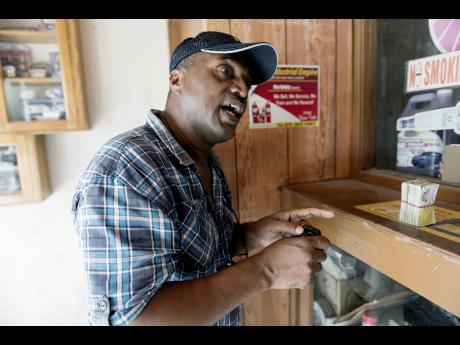 Several business owners in May Pen, Clarendon, are suffering at the hands of robbers who seem undaunted by the police patrols and the personal security systems.

According to the operators, nowhere is off-limits to the thieves who, in recent months, have broken into at least one warehouse, two restaurants, an auto parts store, and several other businesses on Main Street and Manchester Avenue.

$9.5 million dollars worth of batteries, tyres and other items two weeks ago. They also snatched about $1 million in cash.

"Mi feel bad. No explanation nuh deh for it. The man them more than discouraging the business," said Ricketts.

"If dem did even leave the money and some of the batteries, I would say it look bad, but they took away everything," bemoaned Ricketts.

He argued that the criminals must have spent at least five hours cleaning out his place.

"I know that thieves are here, just like in the jungle; but it is just the amount that dem take from me," added Ricketts.

He told The Sunday Gleaner that he has been operating in May Pen for 12 years, but is now fighting to stay afloat as his creditors offer little leniency because of the theft.

"The only thing they (creditors) can do is extend little more time for me to pay, but every cent they said I have to pay off," said Ricketts.

According to Ricketts, he has lost hope in the cops to keep May Pen safe.

The operators of Regal Jewellers have also suffered at the hands of the thieves.

They say the thieves broke into a warehouse they own in B&J Mall, off Main Street, two weeks ago, and made off with more than $2.5 million worth of goods.

The crooks cut through a metal door, and yanked down a closed-circuit TV system, which was installed to trigger an alarm to off-site security guards.

"We had a company securing the place, monitoring the place, and they still got in," said one of the operators of Regal Jewellers who asked not to be named.

The operator alleged that the hoodlums stole refrigerators, washing machines, freezers, fans, component sets and even the closed-circuit unit.

He said the warehouse had already been broken into in June and the combination of incidents could set them back for the Christmas season.

The operator argued that the B&J Mall is secluded and poorly lit at nights and unscrupulous persons frequent the area looking for bounty.

Last Friday, two members of the Clarendon police seen on patrol outside the Central Welding and Supplies hardware store on Mandeville Avenue questioned the reports of multiple break-ins in the town, as they claimed these had not been reported to them.

"Me on duty straight for the last two weeks on operations and I can tell you nothing don't go so," said one of the cops.

He reacted with surprise when the owner of the hardware confirmed that the place was broken into three nights before.

According to the operator of the hardware, he employed a security company, which provided a night guard, but when he reached his business place last Wednesday morning, the guard was unaware that the store had been burglarised and tools and other items stolen.

"The loss was not that significant but we have to consider ourselves lucky because no lives were lost and that is the greatest. Property was also damaged but it is something that can be replaced easily," said the hardware operator.

He questioned whether the disappearance of a CCTV camera from the front of the premises two weeks ago was part of the criminals' preparation to strike.

The Sunday Gleaner has also received reports that in recent months criminals have broken into an office supplies store, an insurance outlet, and a Domino's Pizza and Captain's Bakery on Main Street.

Yesterday, president of the Clarendon Chamber of Commerce, Winsome Witter, told The Sunday Gleaner that while the chamber had not received reports from the businesses in question, it is aware of a spate of break-ins impacting the businesses in the environs.

"We are in dialogue with (head of the Clarendon Police Division) Senior Superintendent Vendolyn Cameron-Powell, who confirmed reports were made and has assured us that they are pursuing several leads and are hoping to make arrests in the shortest possible time," said Witter.

"We continue to monitor what is happening and urge the businesses to exercise extreme caution.

"We are also urging that they invest in CCTV to help apprehend the perpetrators, and those who already have them installed to assist the police to support their investigations," added Witter.

contributed to this story.