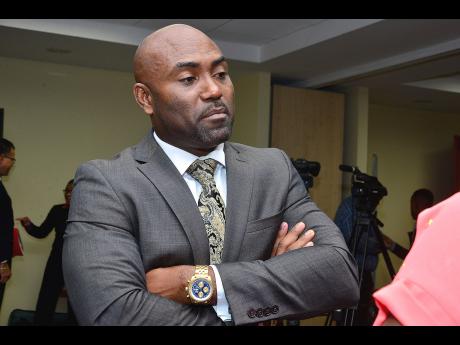 Former Minister of Science, Energy and Technology Dr Andrew Wheatley is adamant that the problems of Petrojam preceded him and are systemic to that entity and some other state agencies.

Wheatley resigned from the Cabinet in July amid allegations of corruption and cronyism at Petrojam and other entities, in the ministry.

The auditor general (AG) and the police are investigating the entities, and Wheatley last week told The Sunday Gleaner that he is eagerly awaiting the findings, which he is sure will show that the problems were not of his making.

"I believe the reports will show, first of all, that there was no form of ministerial interference," said Wheatley.

According to Wheatley, the opposition People's National Party (PNP) is well aware that the issues at Petrojam preceded him and even the minister before him, Phillip Paulwell.

He described as unfortunate the PNP's position on the issue.

"It is sad that they have taken the route to politicise what happened at Petrojam, but I am sure that the auditor general's probe will prove that this minister did not interfere in any shape or form with the operations of the entity.

"There is a structure that governs the entity from the level of the board to the level of the management team, and so I await the outcome of the auditor general's report to spread more light on the situation.

"I am not saying that the management may not have done anything outside of the accepted norm but I await the AG's report," declared Wheatley.

Sunday Gleaner sources have indicated that the AG's report should be tabled in Parliament before the House breaks for Christmas.