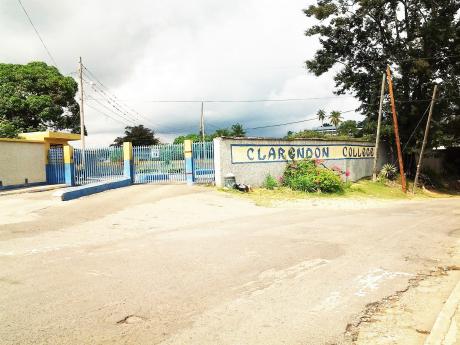 Contributed
The entrance to Clarendon College. 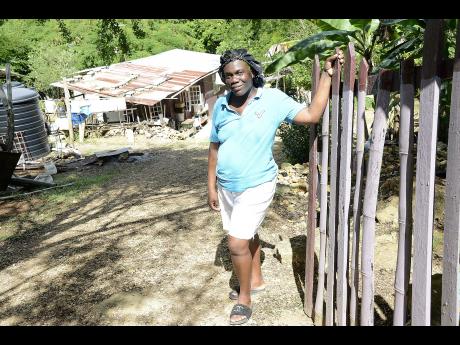 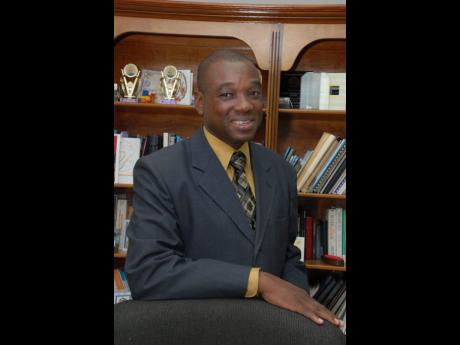 Plans by the United Church of Jamaica and Grand Cayman to establish a community college on lands that now house Clarendon College in Chapleton are in limbo as squatters have taken over a section of the property.

To compound the problem, the squatters are using the resources of the school, including water, without paying.

Checks by The Sunday Gleaner show that the school sits on 135 acres of church land, with sections occupied for decades by squatters who are living, raising families, animals, and conducting other entrepreneurial activities.

"The squatting compromises the safety of school resources. Resources like water, classroom furniture, anything on the school farm are used to subsidise their living," said a source who asked not to be named. He highlighted that the squatters are usually not a threat to the students.

General Secretary of the United Church of Jamaica the Reverend Norbert Stephens last week confirmed that individuals have been squatting on the property for decades, but he said that there was no adversarial relationship among the school, the church, and the squatters.

According to Stephens, the church is now prepared to give up the land occupied by the squatters.

"What we wanted, and some of this has already been done, is to cut off the piece that is already occupied so we can regularise those persons so they can go to the NHT (National Housing Trust), and the Government can do what it needs to do with the land. We also wanted to contribute another piece of the property for an educational institution," said Stephens.

He told The Sunday Gleaner that with no tertiary institution in the area between Clarendon College and Edwin Allen Comprehensive High School, part of the church's plan is to establish a community college on the property.

"We feel that this was another way to continue the contribution towards education. That conversation started with the previous administration. Some past students have done surveys, and what we are trying to do is to get the Government to subdivide the piece that has already been taken up, and we feel that a portion could go towards housing because there is a need.

"We could have an educational institution that could benefit the broader community, and we would also be contributing to the housing issue. But the conversations did not go very far, and this, I think, is the second or third time around," added Stephens with a sigh.

Stephens confirmed that there are issues with pilfering and said that about 10 acres of the property are occupied by squatters.

On a visit to the school last week, The Sunday Gleaner noticed that the entrance to the school was also being used to enter the area occupied by the squatters.

Several cows were seen grazing in the proximity of the playing field, where students were having a session of physical education.

Michelle Nugent, who admitted that she is squatting on the property, sells cooked lunches from the trunk of her car to students at the school.

"I have lived on this property for a long time. About seven years ago, I built my own dwelling. I am not paying any lease now, but I would readily do so if given the chance. I have a two-bedroom board dwelling, but I already purchased a few blocks and steel because I would want to do a concrete structure," Nugent told The Sunday Gleaner.

According to sources, the Government gave some persons seven-year leases for five-acre plots for farming and occupation during the late 1970s, but the project flopped as there was more occupation and less farming.

"The matter got out of hand as when the seven years ended, nobody went and retrieved the lands from the lessees. That's what they should have done. They should have been removed. So they stayed on the land and, essentially, said Government gave them the land to live.

"So the person who got the lease has died and left it to his son, who was born and raised there, and that's why we have what we have now," declared a Sunday Gleaner source.