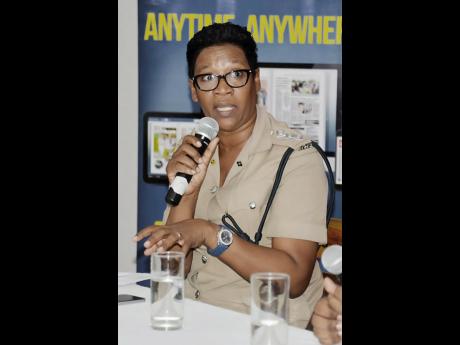 The Hanover police made a major cybercrime breakthrough on Wednesday when smart detective work resulted in the arrest of three men who are believed to be key players behind the tampering of automated teller machines (ATMs) islandwide, stealing millions of dollars.

"The arrest of these three individuals is a big break for the police," said Superintendent Sharon Beeput, the commanding officer for the Hanover Police Division. "MOCA (the Major Organised Crime and Anti-Corruption Agency) has been after them for a long time, and thanks to the vigilance of my officers, they are now in custody."

According to reports, shortly after 4 p.m. on Wednesday, the police received information that three suspicious-looking men had been spotted in the vicinity of Shun Feng Supermarket in Green Island. An undercover team of police officers was promptly dispatched to the location.

When they arrived, they quickly identified the men and began observing them. Unaware that they were under surveillance, the men were observed affixing various scamming devices to ATM machines. When they were accosted, unable to explain their actions, they were taken into custody.

"After we got their names, which we are not able to release at this time, we discovered that they were wanted by the cybercrime unit for quite some time," said Beeput. "Based on what I have now learned about these men, these are not small fish. They are top players."

Officials from MOCA were slated to visit Hanover yesterday to take custody of the men and transport them to Kingston, where they are expected to be questioned and charged under the Cybercrime Act.