‘Jamaica has lost a friend’ - Holness, Phillips react to the death of George H.W. Bush 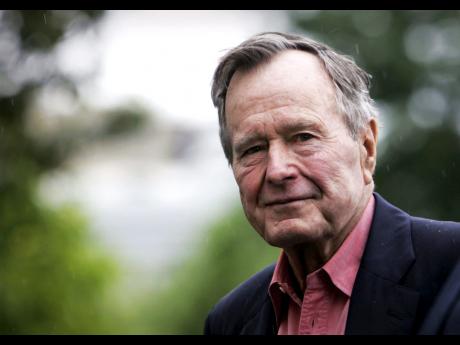 Prime Minister Andrew Holness has expressed sadness at the passing of the 41st president of the United States of America, George H.W. Bush.

Holness said Bush was a man of strength and believer in the building of democratic institutions.

"He oversaw the ending of the Cold War, which was an extremely significant time in world history, taking the world from the edge of nuclear destruction to an era of relative stability in that regard, and fundamentally changing global dynamics," said Holness.

Speaking from the G20 Summit in Buenos Aires, Argentina, Holness described Bush as a true servant of the people.

"Jamaica and the Caribbean have lost a friend. During his tenure as the 41st president of the United States, former President Bush was kind to us as neighbours in the wider region. Indeed, he also played a pivotal role in global diplomacy," added Holness, as he extended condolences to the family, friends and colleagues of the former president as well as the entire United States.

In the meantime, the opposition People's National Party (PNP) noted that Bush served his country well over many years in a number of important offices.

"We recall his visit to Jamaica as vice-president (of the US) as part of the development and implementation of the Caribbean Basin Initiative in the 1980s. He had also developed a professional friendship with the late PNP leader Michael Manley and met with him and the leadership of the PNP on a number of occasions," said the party in a release.

PNP president, Dr Peter Phillips, said he recalls Bush's graciousness and his support and concern for Jamaica, especially as it related to the war on drugs.

Bush served as president of the United States of America from 1989 to 1993.

He died late last Friday night in Houston, Texas in the USA, at the age of 94.