Parties, Petrojam & Phillip - Paulwell admits lack of oversight and calls for opposition members to be named to boards of state entities 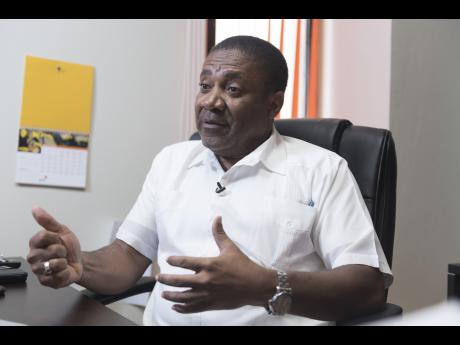 With the fallout from the auditor general's probe into the operations of Petrojam stretching to the People's National Party, which formed the government for some three years of the period reviewed, former energy minister Phillip Paulwell is distancing his administration from much of the breaches of the rules uncovered.

Paulwell last week told The Sunday Gleaner that he accepts that there should have been greater oversight of the operations of Petrojam during the time he had ministerial responsibility for the entity, but he argued that none of the vulgar spending found by the auditor general could have occurred on his watch.

"You will never find, during my time, any expenditure of personal things such as parties, you would never find nepotism. We would never countenance that. It would never have happened," said Paulwell.

"Look back at the report and you are not going to find those wanton expenditure and excesses such as birthday parties. Everything in relation to expenditure of that nature would be done through the supervision of my permanent secretary.

"In my time, the board members could not take a trip out of Jamaica to anywhere without the permanent secretary getting a report justifying the trips and signing off on them. I believe the thing has fallen down tremendously since 2016," added Paulwell.

Reacting to the AGD's finding that almost 700,000 barrels of oil, valued at $5.2 billion, was unaccounted for at Petrojam dating back to 2013 when he was minister, Paulwell said while all refineries have losses, he had instituted measures to reduce the level of oil loss at Petrojam.

"Having in 2013 seen losses of 115,000 barrels, measures were put in place so that by the last year of the administration, 2016, we had one of the lowest losses in the history of the refinery of just under 50,000 barrels.

"Now, when you compare that with 2017-18, where the losses went to 184,000 barrels, that is just stark and one of the reasons why we have asked for a forensic audit, and for the matter to be reported to the police. I just can't see how you could have that jump in two years," added Paulwell.

He said the forensic audit and the police investigation should extend to the period that he was in charge of the energy ministry, and persons should be "brought to book" for any wrongdoing.

With the AGD finding that the Petrojam board was deficient in its oversight and monitoring of the operations of the refinery, Paulwell argued that this reflected a fundamental problem which needs to be addressed.

"Because of how Petrojam was established and its relationship with PDVSA (the Venezuelan part owner of the refinery), it was the only board that I had in my ministry on which the permanent secretary, or her nominee, did not sit. But she was on the board of its parent company PCJ (Petroleum Corporation of Jamaica), which was responsible for overseeing the operations of Petrojam."

According to Paulwell, when the PCJ board was informed of the lack of meetings of the Petrojam board, in 2015 he arranged to have one of the Venezuelan directors based in Jamaica full-time to ensure that a quorum could always be arranged.

He argued that this arrangement broke down with the change of government, and the Petrojam board was left without proper supervision and allowed to operate while not meeting for nine months in one stretch.

While accepting that he cannot be exempt from blame for the lack of oversight at Petrojam between 2013 and 2014, Paulwell said he started to make the changes in 2015 and now wants to see a revamping and reform of the way boards of state agencies are appointed.

"As we have seen in the operations of the committees in Parliament, where the opposition has a clear role to play, there is greater oversight as questions are asked, enquiries are made, and issues that are negative are brought to the fore," said Paulwell.

"What I am proposing is that all boards should have a majority of government representatives to ensure that the policies of the administration are implemented. But what we need going forward ... is for the opposition to be represented and civil society on these boards.

"I believe you will be able to get a better level of scrutiny, especially on those negative aspects which should be brought to the fore. I think if we could embrace that reform we could see a different experience in the operations of boards going forward," added Paulwell.