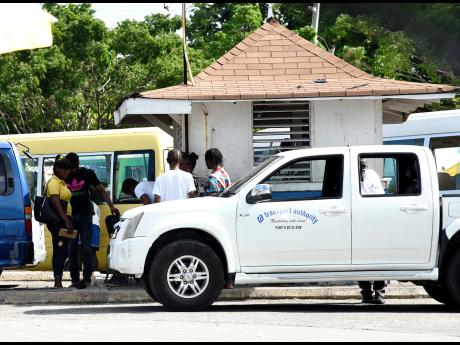 Persons outside the Transport Authority post in Montego, St James, where JPs are signing documents for people they do not know. 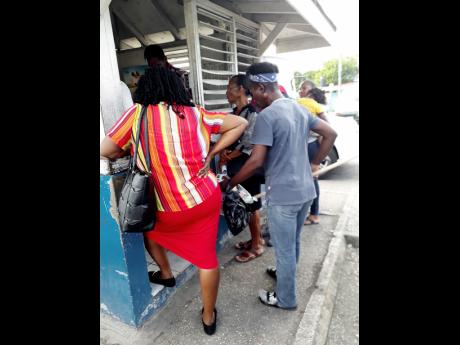 Persons waiting outside the Transport Authority post in the Montego Bay Transportation Centre for one of two JPs to sign their documents. 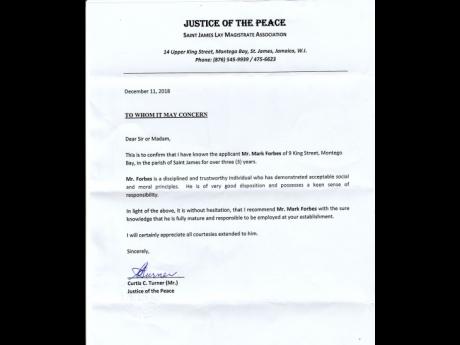 The recommendation signed by a Justice of the Peace for a Sunday Gleaner reporter who did not give his correct name and does not live in St James. 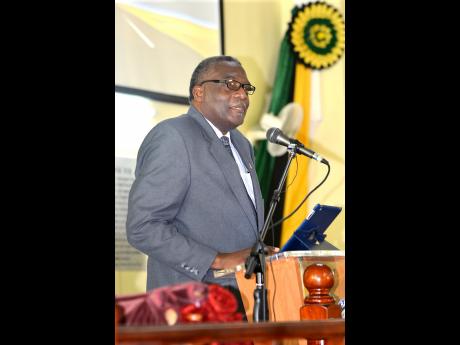 For the price of a drink, or a $200 lunch, you can get any document you want signed by a group of justices of the peace (JPs), who operate out of the Transport Authority post in the Montego Bay Transportation Centre.

These JPs are ignoring the oath of office they took when they were sworn in and are affixing their seals on glowing recommendations for individuals who they don't know.

Operating in almost plain sight, these JPs operate a business where any member of the public can go to get bail recommendations, passport forms, pictures, and other documents, signed and certified.

While the JPs claim that they do not charge for their services, they are not above accepting a "contribution" from members of the public.

"They won't charge you but give them a change (money) 'cause they don't work otherwise," said one person who works daily in proximity to the bus park.

One female vendor sweetened the pot as she told our news team, "Just tell them to say me Miss ... send you and you a mi cousin. Three of them work there, two male and a female, anyone will help you. Just call mi name," added the vendor.

When The Sunday Gleaner arrived at the Transport Authority post, two men were seated at a desk with the younger perusing a birth certificate and questioning a young man, before writing on a passport application form.

The more elderly JP glanced at our reporter, asked what he needed, then stretched out his hand for the photos to be certified. He casually asked for the name to be written on the back, without taking a second look at our reporter or asking for any form of identification.

"Of course," was his abrupt response when The Sunday Gleaner reporter asked if it was possible to get a recommendation for a job.

The JP then gave the reporter directions to an office which offers typing and printing services.

"Go there, tell them that you know me for three to four years and they will prepare the document for me to sign," said the JP.

On the reporter's return with the recommendation, the JP affixed his seal and signature to the document, which had a different name from the one which had been given to him by the reporter initially.

"We don't charge, this is a service we are offering," he said, brushing aside the question about the price. "But if you wish, you can contribute something for a drink, a lunch or a trip around the world," he added before pocketing the $200 that was offered.

Late last week, custos of St James, Bishop Conrad Pitkin, told The Sunday Gleaner that his office had received several reports about the actions of these JPs, but that the complainants were refusing to give written statements so that action can be taken.

"From time to time you will hear of unscrupulous justices of the peace who are not conforming to the regulations, but what we cannot get is tangible proof or anyone willing to give a statement so that action can be taken," said Pitkin.

"This is a concern for me, but I will not call it the norm, because that will be casting aspersions on the majority of good, decent, law-abiding men and women who scoff at the idea of corruption, indiscipline and unethical behaviour.

"There is this minority of persons who continue to do these things over a period of time, but this office will have a zero-tolerance stance on unethical behaviour, and other methods are being pursued against them as we speak," added Pitkin.

There are approximately 600 JPs listed in St James, but according to the custos, his office is in the process of reducing that number by removing those who are deceased, have migrated, or who are unable to function in their role. Those acting contrary to the rules are also to be taken off the list.

According to Pitkin, it will not be business as usual under his watch. "My word to those JPs conducting themselves contrarily is, stop it now, before the long arm of the law catches up with you or I have to call you to turn your seal in.

"It is not an award you are given. It is not a time for profiling, or a trophy to put on your wall, it is a given opportunity to serve," said Pitkin.

"The process of selecting a JP is a meticulous one, which includes a discreet police report on the candidate, so nobody gets favour for such an appointment.

"I have conducted four refresher courses since I took office 11 months ago. I now have more than 30 applications on my desk for interviews, but I am in no rush, because only those of the highest integrity will be selected to serve the people," declared Pitkin.

He added: "The days when persons are called and just given a JP appointment are over."

Ragamuffins must run, Chuck tells 241 new JPs - Largest cohort ever commissioned at one sitting
New justices of the peace get strong warning to avoid dishonest behaviour
Trelawny Custos eying some 80 new JPs
Justices of the Peace urged to maintain integrity