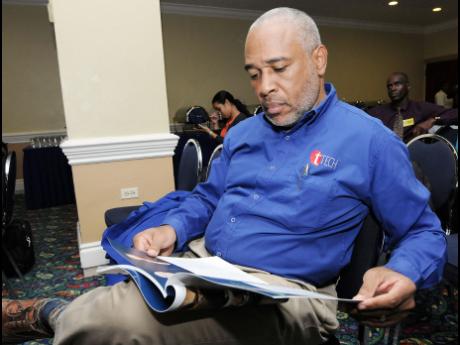 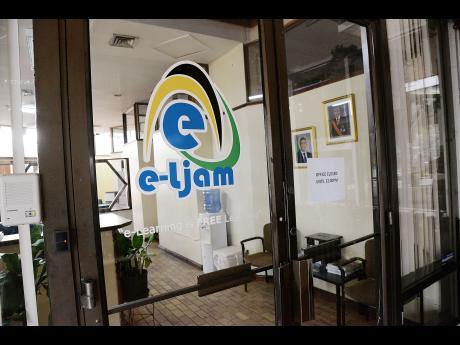 Rudolph Brown
The entrance to e-Learning Jamaica on the PCJ building in New Kingston.
1
2

Allegations of cronyism, nepotism and mismanagement have surfaced around yet another entity in the former Ministry of Science, Energy and Technology.

This time it is e-Learning Jamaica, which is being placed under the microscope as sources claim all is not well inside the entity.

Chairman of the board of directors of e-Learning Jamaica, Christopher Reckord, has admitted that the entity has issues, but he told The Sunday Gleaner that these were long-standing, dating back several years, and they are being addressed.

According to Reckord, major organisational changes are coming for the company in addition to those already made.

"Since the inception of the board in 2016, it was found that the organisation was not operating at its optimal, and as such the board was mandated to assess and implement measures that would ensure proper governance practices," said Reckord.

He added that among the changes already implemented are mandatory conflict-of-interest declarations for members of the board and all staff members, and a corporate governance subcommittee which is mandated to monitor its adherence to good-governance principles.

Reckord was responding to reports reaching The Sunday Gleaner that a general looseness in the operations of e-Learning, which is mandated to carry out integration and infusion of technology in the public education system by working with the Ministry of Education, could see taxpayers bilked out of millions of dollars, through unethical, if not fraudulent, transactions.

The Sunday Gleaner sources have pointed to instances of thousands of dollars of travelling allowances overpaid monthly to senior managers who authorised the payments themselves.

There have also been allegations of persons not listed as staff members benefiting from the company's health insurance scheme, and instances where family members of senior staff members were paid exorbitant amounts to make deliveries to schools despite cheaper and more practical transportation being available.

A recent gap analysis of e-Learning, done by the Caribbean Centre for Organisation Development Excellence (CARI-CODE), found the abuse of power by some managers, poor performance by the senior management team and persons being in positions without the requisite qualifications.

The report highlighted instances where persons were employed to posts without the requisite qualification, and the sources say this has been the case for years with family members, spouses, and even children of some senior staff being placed in positions for which they were not qualified or in positions that were created to accommodate them.

Among the qualification gaps highlighted in the CARI-CODE report is the key post of procurement coordinator/project manager which was occupied by a consultant with a bachelor's degree in computer science and not the BSc in management, accounting, business administration or related qualification in project management and procurement which the post requires.

CARI-CODE further reported that there was no documentation available to review the substantive job experience of the person holding that post.

Equally glaring, the report highlighted, was the post of school liaison officer, which is among the senior management positions at e-Learning.

According to the CARI-CODE report, the minimum qualification needed for someone to be employed in that job is a bachelor's degree in customer service, management studies or public administration. But the gap analysis found that the person who has been serving in that post for years is a graduate of a business school without a degree.

"On-the-job experience is ongoing; however, the combined assessment feedback ... suggests weaknesses in several areas," said the report in pointing to the school liaison officer.

CARI-CODE also found that while e-Learning's organisational chart listed 13 jobs at the entity the staff listing had 43 posts.

This was confirmed by Reckord, who told The Sunday Gleaner that for a number of years e-Learning's official staff complement was 13, but the entity contracted upwards of 40 persons for prolonged periods.

"The board recognised that the organisational structure was not fit for purpose," said Reckord, as he added that the problems associated with the implementation of the pilot stage of the Tablets in Schools programme between 2014 and 2016 underscored this issue.

Among the organisational changes being implemented by the board is the hiring of a CEO, Keith Smith, to replace Izett McCalla, an ICT specialist who has been acting in the post for some time.

"The monitoring and evaluation of the entity's operation continues and additional reports are due and are expected to provide deeper insights on the operation of the entity with an eye to ensuring that the organisation realises its full potential while at the same time adhering to the highest principles of governance and transparency," declared Reckord.