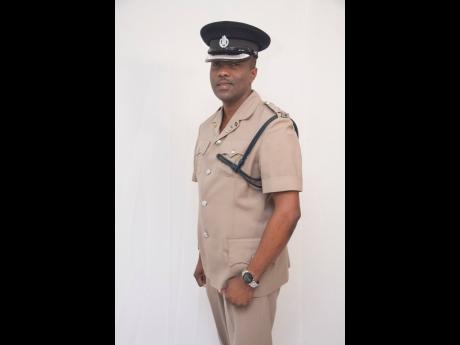 In a week when criminals staged a daring daylight robbery in Montego Bay, St James, escaping with millions of dollars and killing two persons (on March 10), the relentless efforts of the police in tracking down the wrongdoers paid off with the seizure of five illegal firearms, J$1.6 million in cash, and the apprehension of three persons involved in the heist.

“In regards to Sunday’s robbery, we have apprehended two persons, and the mastermind was killed in a police operation in Belmont, St James,” said Superintendent Vernon Ellis, commanding officer of the St James police. “We are hot on the trail of the man who we believe was the main shooter, and we are confident that he, too, will be caught.”

In the robbery, which took place in downtown Montego Bay shortly after 8 a.m., 48-year-old Floyd ‘Tony’ Wilson, who was carrying out courier duties for a businessman; and 61-year-old Canute Earl, a guard in the Hawkeye team providing security escort, were killed by the robbers, who ambushed them and subsequently made off with more than J$3 million in cash and cheques.

“Our intelligence first led us to Belmont, where gang leader Keyon Wellington, who we believe was the mastermind behind the robbery, and another man were killed in a shootout with the police and two illegal firearms seized,” said Ellis. “We arrested the other two persons, who we have linked to the robbery in Hanover a day later. We seized another two firearms in that operation.”

In what Ellis described as a week of “putting the heat on criminals,” he said several operations were carried out all over St James, in search of criminals. In one of the operations at a popular location in Montego Bay, J$1.6 million in cash was found and seized and a person of interest arrested.

“At this time, we are not able to say that the money that was seized is linked to the robbery, but we are carrying out our investigations, and one just never knows what we will come up with,” Ellis noted. “As I said, we are turning up the heat, because no criminal must feel comfortable in St James.”

The fifth firearm was seized in the Catherine Hall section of Montego Bay shortly after 2:30 p.m. on Saturday when an unidentified man, who is believed to be a deportee, was killed in a shootout with the police and a 9mm pistol, with camouflage covering, taken from him.

“A police team was on patrol in Catherine Hall when a man opened fire on them and was making his escape when he ran into another team, which was coming from the other direction. He engaged them and was killed,” said Ellis. “We took the weapon with two live rounds from him.”

Ellis urged persons with illegal firearms to turn them over to the police immediately, as failure to do so would make them a target in the fight to disarm criminals. He is also urging the gangsters who fled St James ahead of the state of public emergency not to return.

“We are on an all-out mission to make St James safe again, and nobody will be allowed to disrupt this mission,” said Ellis. “I am urging all law-abiding citizens to remain calm and to support the police as we are working hard to give them a safe parish.”