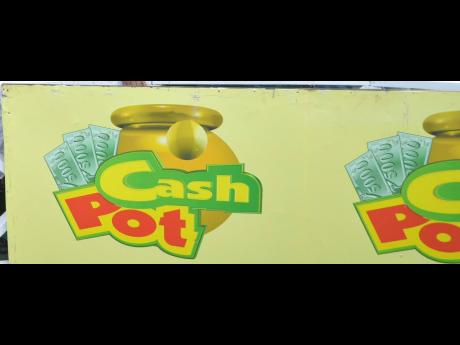 An illegal Cash Pot operator has been fined $375,000 and given seven days to pay the sum or face imprisonment.

“This is an important development in the efforts of the Betting, Gaming and Lotteries Commission (BGLC) to stamp out and protect Jamaicans from illegal gambling operations,” said Noel Bacquie, director of enforcement at the BGLC, Jamaica’s gaming regulator.

A report to Crime Stop (311) resulted in BGLC’s enforcement team undertaking investigations to monitor the activities in the White Lane area of Waterhouse in Kingston. Subsequently, the gaming regulator’s team conducted a joint operation with the Counter-Terrorism and Organised Crime Unit of the Jamaica Constabulary Force which led to an arrest and charge. The matter went before the court and resulted in the $375,000 fine.

“This is the largest fine applied in recent years. We are pleased that the courts recognise the seriousness of charges related to illegal gambling and are applying fines that closely align with our legislation. This is an important deterrent in our fight against illegal gambling,” Bacquie said. The Betting, Gaming and Lotteries Act, the law governing gambling in Jamaica, allows for fines not exceeding $500,000 or imprisonment with or without hard labour for a term not exceeding twelve months.

In 2016, BGLC signed a memorandum of understanding with Crime Stop to enable citizens to make anonymous reports of illegal gambling by calling 311. This has been steadily bearing fruit with a growing number of reports being received. The BGLC’s enforcement team conducts investigations in response to these reports, and works with the police to carry out operations to identify and arrest those engaged in the unlicensed gambling enterprises.