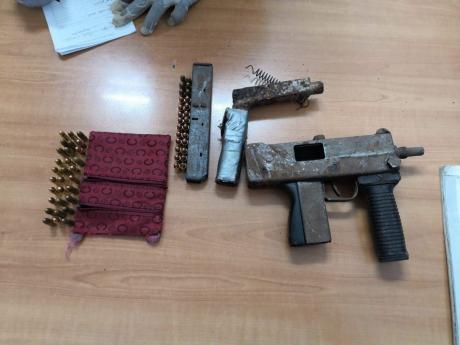 Contributed
Two of the weapons seized by cops in St James within the last 48 hours. 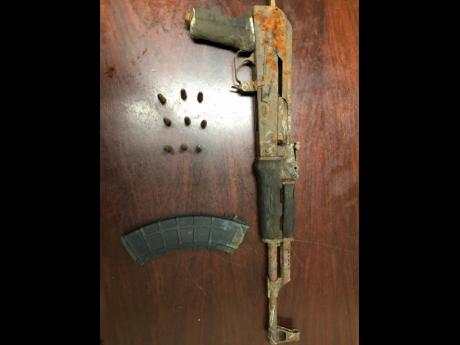 Contributed
One of the weapons seized by cops in St James within the last 48 hours.
1
2

The St James police’s bid to remove illegal weapons from the streets of the western parish was met with more success over the past 48 hours with the seizure of four firearms, including an assault rifle.

“We are literally working around the clock to displace the criminals and take the illegal weapons off the streets,” said Superintendent Vernon Ellis, the police commander for St James.

According to Ellis, the police have been collaborating with Jamaica Defence Force personnel, including the use of aerial support, to target marauding criminals, some of whom fled the state of public emergency last year but have crept back into the parish.

“We are using intelligence to find out where the criminals are, and we are targeting them in a sustained way,” said Ellis. “Our aim is to make St James a safe place for all law-abiding citizens, and that mission is being taken seriously.”

Yesterday, residents of Cornwall Courts woke up to a major operation, which was supported by a low-flying helicopter. According to Ellis, the targets were members of the G-City Gang, who are quite prominent on the police’s radar.