Love thy neighbour? - Church accused of being bully in clash with elderly couple over land 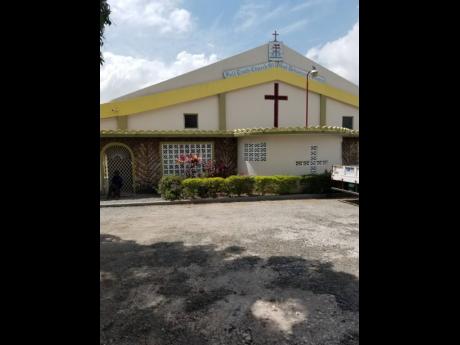 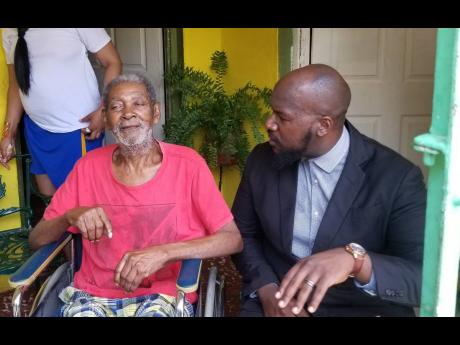 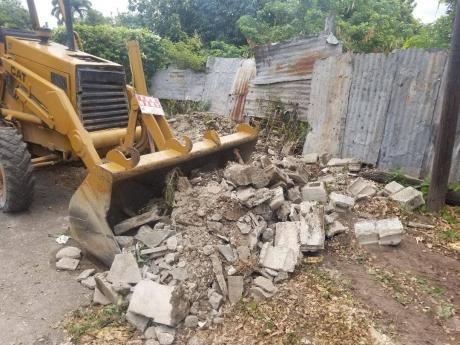 Contributed
Bulldozer allegedly sent to destroy sections of the wall separating 4A and 4B Shortwood Road. The Full Truth Church of God Deliverance Centre is located at 4A. An elderly couple resides at 4B. 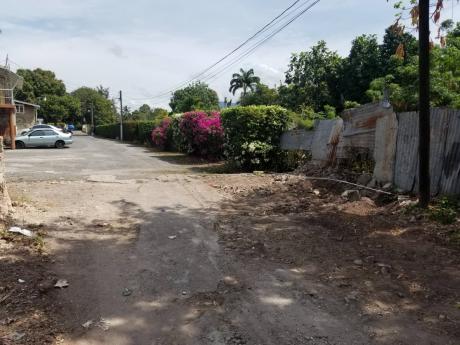 Contributed
The spot where a gate and sections of a wall once stood, separating the Full Truth Church of God Deliverance at 4A Shortwood Road and a property housing an elderly couple at 4B Shortwood Road. 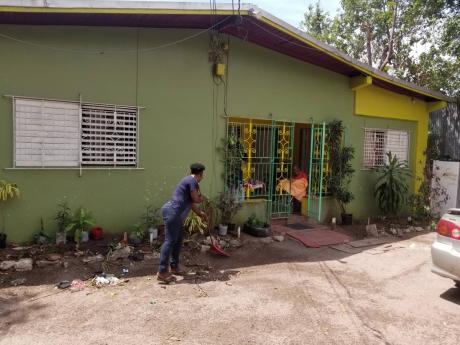 Contributed
The house on a property at 4B Shortwood Road, currently occupied by Edward Josephs and his wife Delores.
1
2
3
4
5

Tension is brewing between a St Andrew church and an elderly couple living on a neighbouring property, which they both claim the deceased owner left to them, as a legal battle looms on the horizon.

The distressed couple and their attorney are hitting out at the Full Truth Church of God Deliverance Centre at 4A Shortwood Road in St Andrew for attempting to forcibly remove the couple from the property at 4B, claiming that a will left by the deceased property owner gave the church the right to the land.

Attorney-at-law Ludlow Black, who is representing Edward Josephs, 86, and his wife Delores, 71, told journalists yesterday that the couple is contesting the validity of the will and a 2022 trial date has been set in the Supreme Court.

Despite this, he said that church officials tried to take matters into their own hands a few days ago, instructing tractor operators to begin bulldozing a wall separating the two properties. That operation was halted upon intervention of a police team.

“A trial date has been set for 2022. However, the church has seen it fit to frustrate the process, attempting jungle justice before the trial,” said Black.

“The property wasn’t bought. It was allegedly acquired by the church through a will. The person who owned the property gave it to my clients,” the attorney added. “The lady was blind and couldn’t read and write, but the church has a will showing that she signed in perfect cursive. We have a medical report from a doctor which stated that she was legally blind. So who held her hand? The witness to the will [also] cannot even be found.”

Added Black: “They feel that if we don’t have an injunction, they can do what they want to do.”

He said the couple was stumped by the church’s action to bring in a bulldozer as they had reached an amicable arrangement for the church to use the property for additional parking.

“They are bullying the process. Apparently, they want to use the property for extra parking for the church. Before now, they had always asked my clients’ permission for churchgoers to park on the property and they always said yes. The status quo must remain until the matter is determined,” Black said.

“We believe it is not a true and accurate will. To the church, I say desist. I will be filing an injunction to formalise things.”

A wheelchair-bound Edward Josephs said that he and his wife have been living at the property for more than 30 years, long before the church was built. He explained that his wife, Delores, took care of the elderly woman before she died and it was she who gave them permission to live there.

“I was caretaker. We were never compensated for work done. We were living here and taking care of Miss Thompson. My wife took care of her for whole heap a years.”

The Gleaner sought comment from a woman seen peering out from the church’s office. In an aggressive tone, she identified herself as a mere member of the church and said neither the pastor nor the church’s attorneys, Givans & Company, was available for comment.

When The Gleaner contacted Givans & Company, a woman who identified herself only as ‘Davers’, said: “Unfortunately, we decline giving any information at this moment in time.”

Video footage of the demolition operation shows a bulldozer after it allegedly destroyed a section of the wall and the gate leading to the property housing 4B. Two sets of lawmen are also seen in the footage. One set appeared to be overseeing the demolition, while another appeared to be calming brewing tension.

Yesterday, lawmen at the Grants Pen Police Station, where The Gleaner was told the cops were from, said no authority was at the station to speak on the matter.