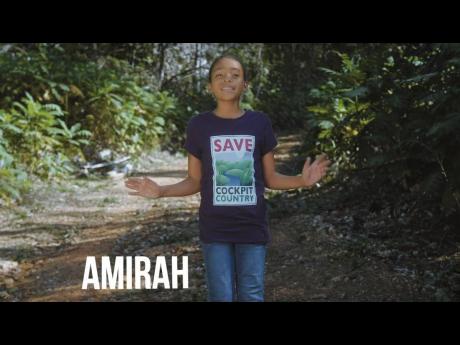 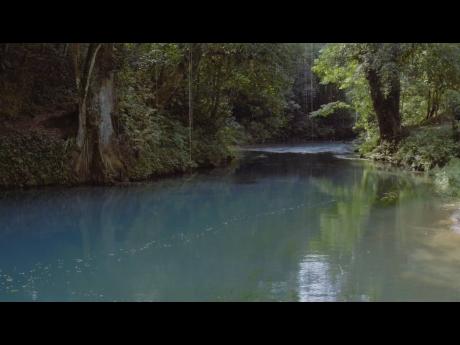 Contributed
The splendour of Dornhead River in Trelawny is just one of natural treasures of the Cockpit Country that the Jamaica Environment Trust wants preserved for the benefit of future Jamaicans.
1
2

The Jamaica Environment Trust (JET) has ramped up its public-awareness drive on the Save the Cockpit Country campaign with the release of a new set of public service announcements ahead of Earth Day, which was observed across the world yesterday.

Released via social media last Thursday, the latest series is hosted by 10-year-old Amirah Dixon, a student environmental leader from Marjam Prep, St Ann, and who has been participating in JET’s school’s environment programme since 2014. Episode 1 features Amirah exploring the rugged Cockpit Country terrain on foot, narrating environmental snippets about its critical role in Jamaica’s biodiversity.

In Episode 2, Amirah explains that ground-truthing confirms which features along the boundary should be included in the Cockpit Country Protected Area (CCPA), and made the point that if any big changes are made to the protected area boundary, Jamaicans should be told why.

“The second PSA outlines the role of ground-truthing in the process towards the declaration of the Cockpit Country Protected Area under law,” Suzanne Stanley, CEO of JET, explains in a press release. “Each episode has a different theme. The first episode highlights the important water resources, biodiversity, forests and communities Cockpit Country supports.”

On November 21, 2017, Prime Minister Andrew Holness announced the designated CCPA boundary in Parliament and said the area would comprise of approximately 74,726 hectares, including forest reserves, significant hydrological and ecological features and cultural and heritage sites. The Forestry Department has been tasked with ground-truthing the CCPA boundary, which is expected to be completed early next year.

Through its Advancing the Protection of Jamaica’s Cockpit Country project, which began in May 2018, JET has been advocating for an expedited ground-truthing of the CCPA boundary and the involvement of civil society and local communities in management planning for the protected area.

“The aim is to keep the conversation about the protection of the Cockpit Country going,” Stanley explained. “The final episode will be released in May and will feature testimonials from Cockpit Country residents who live in communities where bauxite mining is taking place just outside the designated protected area.”

Since 2018, JET and Cockpit Country communities have been advocating that a buffer zone should be established around the CCPA to ensure that important groundwater reserves in and around Cockpit Country remain intact. They assert that activities which will damage the natural environment, important cultural and historical sites, and local livelihoods should not be allowed within this buffer zone, including quarrying, mining and prospecting.