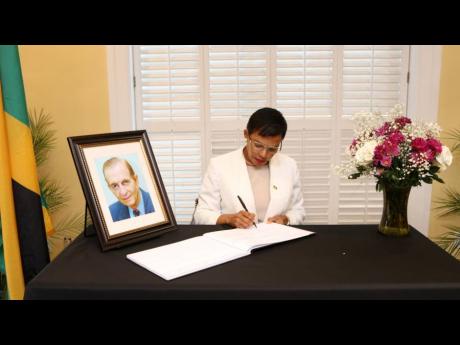 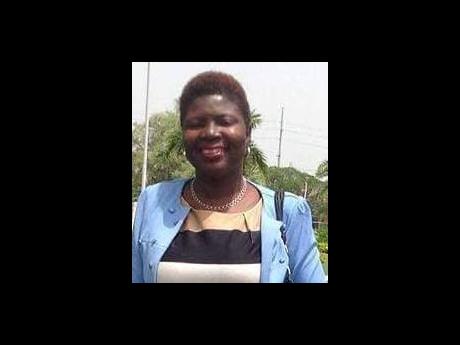 Jamaica's Ambassador to the United States Audrey Marks has paid tribute to the late former prime minister Edward Seaga, hailing him as a true servant of the people.

“He will be deeply missed,” Marks said in opening a condolence book at the Jamaican Embassy in Washington, D.C., last Thursday. “he will be forever etched in our memories and in the annals of Jamaica’s journey as a nation, having been an integral player in the development of Jamaica’s post-independence governmental structure and by extension, having made an indelible contribution towards nation building and institutional development.”

The ambassador said Seaga’s “love, commitment, and dedication to the people of Jamaica, of all social classes, cannot be overstated”.

Added Marks: “We have lost a stalwart, but have gained much from his distinguished legacy of service to the Government and people of Jamaica."

The condolence book will be opened for signing by Jamaicans in the diaspora until Seaga’s funeral, which is scheduled for June 23.

A memorial service is also being planned by the Embassy.

Seaga, 89, passed away last Tuesday in the United States.

National Security Minister Dr Horace Chang says the Ministry of Health and Wellness is being lobbied to establish protocol in the nation’s hospitals to ensure that police officers injured on duty are given priority attention.

Speaking at the Jamaica Police Federation’s 76th Annual Joint Central Conference last week, Chang said, “There is a need to ensure that healthcare for police officers is in a well-defined framework, which ensures that officers, especially those on duty, are all treated expeditiously and without question.”

Chang said that members of the Jamaica Constabulary Force (JCF) place their lives in danger daily, and as such they should not be questioned or made to wait for long periods when they are injured on duty and visit the hospital.

His comments come on the heels of reports of one of the cops injured in a robbery in May Pen, Clarendon, last week having to wait an hour to undergo a diagnostic test to determine the extent of his injuries.

William Knibb principal to be buried on Saturday

Alicia Bromfield, the late principal of the William Knibb Memorial High School in Trelawny, is to be laid to rest on Saturday.

Bromfield lost her battle with cancer on May 10.

The educator, who was in her late 40s, previously worked at Kinloss Primary, Cornwall College, University College of the Caribbean, The Mico University College. She was vice-principal of Munro College before moving over to her alma mater, William Knibb High, in 2016.

The funeral for the former communication specialist, teacher of linguistics and literature, author and poet will be held at the St Michael and All Angels Anglican Church in Clark's Town, Trelawny, beginning at 11 a.m.

One man was arrested and charged following the seizure of a Glock pistol and 14 rounds of ammunition on the Southern Parade main road in Waterford, St Catherine, on Saturday.

He is 25-year-old Shani Findlater of Portsmouth in the municipality.

The Portmore Police report that about 3:40 p.m., a police team was in the area when Findlater was reportedly seen with the firearm protruding from his pants.

He was accosted and disarmed.

He was taken into custody and later charged with illegal possession of firearm and ammunition.

He is to appear in the St Catherine Parish Court this month.