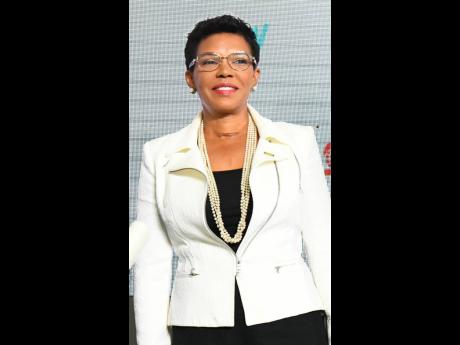 Jamaica’s Ambassador to the United States, Audrey Marks, last evening charged Jamaican green card holders living in America to embrace dual citizenship as a potential foil against the four pillars of immigration reform enunciated by US President Donald Trump in his 2018 State of the Union address.

She urged them to do this by participating fully in the 2020 census, which gets under way next April, by standing and being counted.

“Census 2020 provides the opportunity for civic engagement and represents an important vehicle for Jamaican nationals in the US to make their voices heard in the American social and political landscape. The information gleaned from the census will help determine representation in Congress as the legislature adjusts the number of representatives based on the new numbers of the population census. The outcome of the census will help determine how resources are allocated for social amenities, including schools, roads and hospitals,” said Marks.

“It is critical that we do not lose any members of Congress in major diaspora communities who have consistently championed the interest of Jamaicans and other Caribbean nationals. I, therefore, encourage all my fellow Jamaicans in the diaspora to seek to obtain US citizenship … . This does not in any way diminish your love and devotion to the land of your birth,” she pleaded.

Marks was addressing the Plenary Session on Implications of Immigration Reform Civic Engagement – Census 2020 during the first working day of the 8th Biennial Jamaica Diaspora Conference at the Jamaica Conference Centre in downtown Kingston.

She referenced the four pillars of immigration reform articulated by Trump in his first State of the Union address in 2018: creating a path to citizenship for Dreamers (undocumented immigrants who entered the US as children), securing the border, eliminating the diversity visa lottery, and limiting family-based immigration.

The president’s aims to eliminate the diversity visa lottery and restrict the family members who would be eligible for family-based immigration are consistent with the themes previously espoused by the administration. However, such changes would require legislation to be enacted. Until and unless such legislation is passed, those visa categories remain in effect under US law.