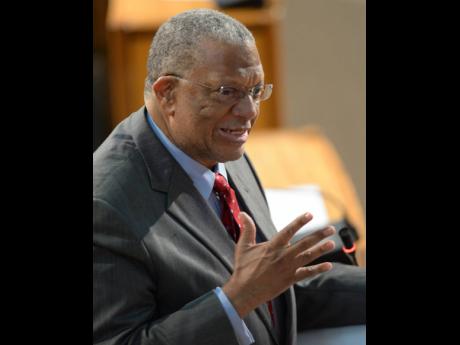 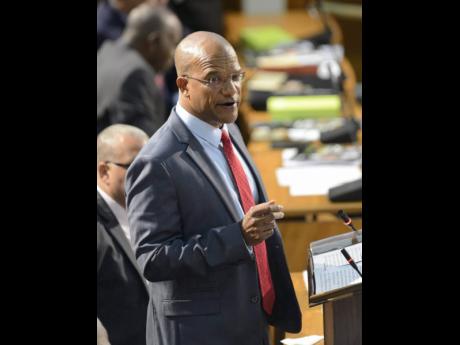 With the September 7 delegates’ list now in the hands of the incumbent and challenger for Saturday’s election for president of the People’s National Party (PNP), all eyes are on the nearly 2,900 delegates who will elect the potential future prime minister of Jamaica.

PNP’s General Secretary Julian Robinson said the final delegates’ list was handed to the two camps on Friday after all appeals and other issues raised were cleared by the party’s secretariat, including his office, and the party’s appeals tribunal.

One university lecturer anticipates that delegates will be wooed in the days to come as the countdown narrows for the leadership challenge for the 81-year-old political party between incumbent Dr Peter Phillips and challenger Peter Bunting. The elections will be conducted by the Electoral Office of Jamaica.

Dr Christopher Charles, senior lecturer in the Department of Government at The University of the West Indies, said that if he were a delegate, representatives of both the One PNP (Phillips) and Rise United (Bunting) camps would need to come prepared.

In spite of that, he was under no illusion that some delegates would be voting for promises of personal gains.

“We speak to the issue of vote-buying, but sometimes we have to look at our delegates in a more complex way. Of course, some will vote with their bellies, but there are others who will vote with their heads, with the expectation that the country and their lives will be transformed over time for the benefit of the country,” he argued.

Political analyst Dr Paul Ashley is of the view that with a 70 per cent unemployment rate among delegates, a majority will indeed be voting for ‘likes’.

“Delegates can expect to be fêted, wined, dined, and courted for their vote in the election. In fact, I don’t think any delegate will go to the polls on Saturday with outstanding bills. All of that will be wiped clean. And based on how things have gone in the past, both camps will be paying the same bills. This is the best time for the delegates,” he said.

A reliable Sunday Gleaner source revealed that out-of-town delegates will be brought into Kingston from as early as Wednesday and housed in hotels and other accommodations across the city. According to the source, the camps are leaving nothing to chance.

“I would not be surprised if some mortgages will not be paid off in lieu of the vote,” Ashley stated, recalling how delegates wallowed in cash and food in two previous leadership elections from the two political parties.

Reminding of the 2008 contest between Phillips and Portia Simpson Miller, he said that the money spent then was nothing compared to what is being spent for this current PNP leadership race.

According to him, both Phillips and Shaw used the same boat.

“The boat sailed,” he said flatly.

Ashley pointed out that money has always been influential in contests in both political parties over the years.

“Both parties have benefitted from the unemployment status of delegates. In this contest, the two sides are spending money, but one has more than the other. Still, it is not a sure fact that the side spending most will win, but with the unemployment levels, money will have a big mouth,” he stated.

The Sunday Gleaner learnt last week that the PNP-affiliated National Workers Union (NWU) was forced to seek legal advice after challenges to its 65-member delegates’ list were made by Phillips’ One PNP camp. The NWU had declared that it was supporting Bunting’s Rise United. Phillips, however, has the support of the majority of caretakers, the four vice-presidents, and the six regional chairmen.

- Bunting, who will celebrate his 59th birthday on Saturday, is challenging the 69-year-old Phillips. Phillips’ age is closer to that of previous PNP leaders Michael Manley, PJ Patterson, and Portia Simpson Miller, who all retired from politics at 70 years.

- Shearer remained in politics until he was beaten in his South East Clarendon constituency by Bunting in 1993 at age 70 years.