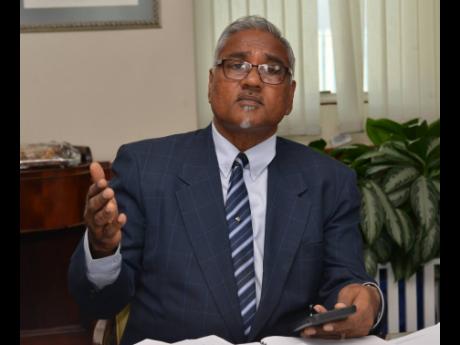 A bully is someone who habitually seeks to harm or intimidate those who he or she perceives as vulnerable, and bullying is now widely recognised as a serious problem that affects children at all grades and levels.

However, Consultant Psychiatrist and Director of Medical Services in the Jamaica Constabulary Dr George Leveridge believes that some victims are more susceptible to bullying because they are already ‘damaged’ by the time they enter school or the work environment.

He posits that where children are raised in a supportive environment where they have a good connection with parents or guardians who reinforce their positive self-worth, they can develop some insulation to the harassment that comes with bullying. Where the youngster is constantly being told that he will amount to nothing and is derided for his efforts, he is effectively damaged by the time he enters school.

“He already has a low self-esteem from home and then to go to school where others reinforce what he was told, he just develops a self-hatred. That’s why he may, at some point, decide that he has no friends, he has no purpose in life, he’s worthless, and it is better that he just gets himself out of the picture since nobody seems to like him.

“That’s why good parenting is so important, and if they have that good parenting connection from an early age and grow up with some confidence, then they are better able to resist that bullying. But if they come damaged already, then it is easier to be more affected by bullying at school,” Leveridge said as he addressed a Gleaner Editors’ Forum held Thursday at the newspaper’s North Street, Kingston, offices.

The forum looked at the prevention of suicide, murder, and suicide-murder.

Suicidologist Dr Donovan Thomas, founder and president of Choose Life International, said he had seen cases where victims of bullying were so fearful of facing their school community that they became suicidal.

“Bullying can drive people to kill themselves. We had one young man who the psychological autopsy said he was being bullied at school and was so frustrated, so he just decided to give up.”

Thomas further said that the harassment can take the form of extortion, where the victim is not given any money but is directed to return with lunch as well as change. Over time, this becomes overbearing, and the victim sees no way out except for suicide.

Co-founder and Director of Counselling at Choose Life International Faith Thomas, who is Dr Thomas’ wife, pointed to cyber bulling as a growing threat.

It starts innocently with someone in a WhatsApp group who is perhaps a little indiscriminate in their behaviour at a party and some take a photo.

“They start sending it around in the WhatsApp group, and the person becomes depressed and suicidal,” she said.