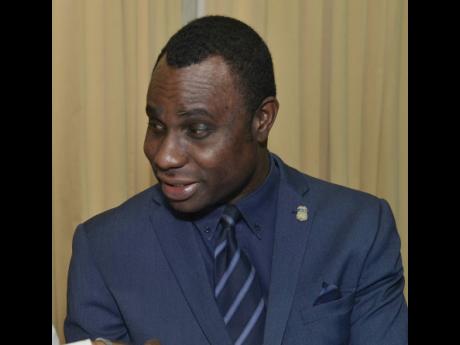 The Supreme Court on Tuesday quashed the government’s decision to transfer and demote Dean-Roy Bernard from his position as permanent secretary in the Ministry of Education, Youth and Informantion to director general in the Ministry of Finance and the Public Service.

Following Justice Audre Lindo’s ruling, Bernard said his attorney, Marc Williams, will be writing to the Public Service Commission (PSC) to determine his resumption date at the education ministry and his substantive post.

“Letters will be exchanged to that effect,” Bernard told The Gleaner yesterday.

Williams said the ruling was specific to his client and "one that was expected".

He added: "The position to which he was assigned was not even a part of the civil service establishment so, ahead of the judicial review which will be heard February 2020, this is a favourable ruling.”

He said Tuesday’s decision was not enough for individuals previously transferres and similarly reassigned to take action, “but the outcome has implications for what happened in the past and will determine what happens in the future".

Grace McLean was promoted to the position following Bernard's departure, but took on an acting designation when Bernard mounted his challenge.

Bernard had been serving in the education ministry during the tenure of subsequently discarded former Education Minister Ruel Reid when he was transferred.

Bernard sued the Public Service Commission and attorney general and asked the court to overturn the government’s decision to transfer and reassign him.

An attorney-at-law and career public servant, he previously served in senior positions in the ministries of national security, justice, and finance and planning. He joined the education ministry in 2010 as director of compliance and post audit.

In 2016, he was appointed permanent secretary, replacing Dr Maurice Smith.