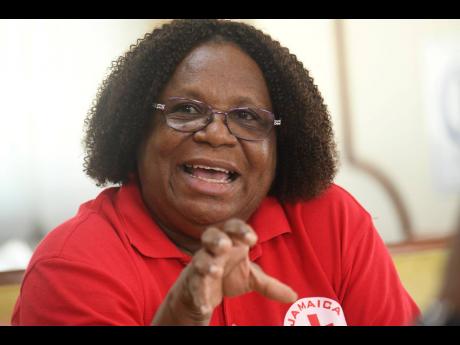 Rudolph Brown
Audrey Mullings, member of the executive board of the Jamaica Red Cross. 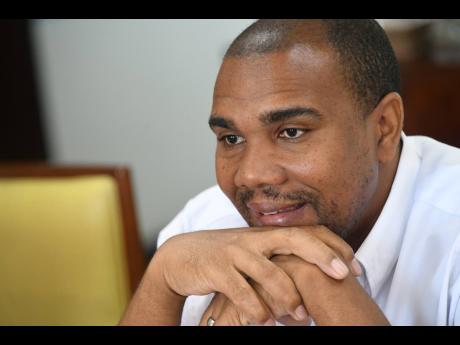 Attempts by local politicians to cash in on the work of the Red Cross have been rebuffed by representatives of the Jamaican arm of the international humanitarian organisation, which has vowed to keep its work away from their tentacles.

The Red Cross, with branches all over the world and with a documented commitment neutrality and impartiality in their work, has had to keep a firm leash on politicians who have attempted to infiltrate their work assisting the most vulnerable in the midst of disasters, man-made or natural.

On Friday, during a Gleaner Editors’ Forum, representatives said they are very clear in their message to the politicians, and they are not afraid to tell them to step aside.

One participant said to the best of her recollection the first attempt at direct interference was immediately after Hurricane Gilbert in September 1988.

“I can think of one particular occasion, there are others, but that one stands out, where we had a group of people going out, and then a politician heard that one particular side was seemingly having more persons than them. So we had to have a meeting, bring everybody together and then we decided that we would not involve anybody from any side at all,” recalled Audrey Mullings, a member of the executive board of the Jamaica Red Cross.

She has served for more than 40 of the body’s 71 years operating in Jamaica. Experienced in disaster management locally and internationally, she said the Red Cross’ principles are the only guide in the discharge of its duties.

“We had to remind ourselves of the seven principles, and impartiality and neutrality are two that stand out. We cannot operate and give people the impression that we are violating any of those principles. So even if you have your personal feelings, you can’t take it into the work you are doing,” she told the forum.

Kevin Douglas is the project manager for the Resilient Service project in Old Harbour Bay in St Catherine and Rocky Point in Clarendon. The two communities are deemed Jamaica’s most vulnerable if the island is affected by water-borne natural disasters.

Douglas said the body’s insistence on non-interference is constant.

“In some instances, even when we are going into communities to try to mobilise, we will never ask a political activist, or somebody tied to a political party, even to help us to mobilise. Because we run the risk of the Red Cross’ work being seen as political,” he told the forum.

The body has insisted that, even at the planning stage of meetings, if the local representative (councillor) is invited, the caretaker is also invited.

“So, we really ensure that we stay above that, and if it means saying ‘no, no’, then that is what we will do,” Douglas said.

POLITICS NOT A DETERMINANT

“Where (donor) monies are spent, it has to be ensured that it is where it is most needed,” added Douglas, who noted that politics was not a determinant in the selection of the projects, instead they were chosen by the vulnerability rank index.

“That was what we got from the vulnerability ranking index, which is devoid of all political or any influence whatsoever. And so, of course, the independence of the Red Cross has to be maintained. We guard that fiercely. Without that our work will be significantly undermined,” Douglas told the forum.

“Therefore, that (independence) is one thing that we seek to guard,” he stressed.

The Red Cross offer assistance to victims, including the war wounded, prisoners, refugees’ civilians, and other non-combatants. A wide range of activities designed to empower communities are part of its programme of activities in Jamaica. Activities delivered include a mix of training and community interventions led by trained volunteers and staff.

The organisation is one of the foremost responders to disasters, providing food and non-food items, as well as other relief services to those affected by disasters.