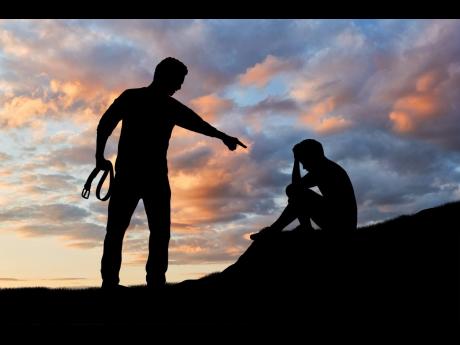 For the first time in five years, it would appear that Jamaicans are getting the message that physical violence towards a child, or beating, is not the best method of enforcing discipline.

According to UNICEF Jamaica, eight out of 10 children in Jamaica, ages 2 to 14, experience some form of violent discipline, which happens as a result of parents who are either angry, stressed or frustrated. In 2017, a Sunday Gleaner article highlighted that mothers were the main individuals carrying out such abuse, sometimes beating their children with electrical cords and machetes.

The Child Protection and Family Services Agency (CPFSA) said it continues its community interventions islandwide with an even great focus in the parishes with the highest numbers of reports.

“In 2018, for the period April to September, there were 1,470 cases, while for 2019, looking at the corresponding period, 1,435 cases of physical abuse were recorded,” said public relations manager at CPFSA, Rochelle Dixon.

Because children who have experienced abuse as adults are often likely to resort to that type of behaviour, there are some parents who are trying to break this generational cycle by seeking alternative methods of discipline.

Bailey-Gordon was among the 284 graduates of the Parent Education Programme which teaches parents effective strategies that don’t include beating as punishment.

“I really needed something like this. I wasn’t a good parent. My aggressiveness and anger, you see that love that would make you just come out and say ‘I love you’, it wasn’t there. I would just say to them ‘I love you’ but there wasn’t anything behind it, I just tell them I love them so they wouldn’t feel anyway. I was aggressive and abusive [but] the programme changes me,” said Bailey-Gordon.

PASSED DOWN FROM PARENTS

The farmer, who lives in St Mary with her husband and has two children ages 27 and 14, said what she knew as parenting was passed down to her from her mother, which was all physical violence.

“Me get beating all fi nothing. Is like the parenting was hand down. I think I was doing it the right way and me thank all my workshop mentors.

“My parents used to treat me bad, me get beating out a hose and me used to beat me little boy so, oh God man, me say is like when me look in a meself me say me wicked because me never know better, and me glad for the programme because me talk more and me talk to him more nicer, I don’t hit him now,” said Bailey-Gordon.

Training was facilitated through the Citizen Security and Justice Programme for six months and was conducted two to three days a week, where a mentor goes to the house of parents for one to two hours each session.

“I wouldn’t mind the programme continue and it should be in schools. A lot of parents really need this and it’s a sacrifice, and most parents drop out because no money nuh inna it but you see because me did really want know how to do real parenting, and me can tell my pickney me love him without a doubt now or anybody is like it inna me a bubbly up and waan flow freely, one time a one a the hardest thing,” said Bailey-Gordon.

Bailey-Gordon said she has taken the time to apologise to her child, even for the types of names she usually uses to address him.

“Fi a parent apologise to one pickney, me a tell you it was one a the hardest thing, but it help me a lot. I have been trying to get through to other parents and me tell a lot of people how it help me even at my church. They have been saying that they see the difference. I remember when my daughter was like 20 something and you know me lick har nearly kill har and me a cry say, ‘God, me thank you she never dead because me woulda rotten a prison now because me never know better’,” said Bailey-Gordon.

Another parent grateful for the training is Damion Chambers, who hails from Spanish Town, St Catherine. The 29-year-old has a nine-year-old daughter who, though not living with him, often visits.

“Being in the programme, it teaches me a lot of stuff. It teach me how to be more calmer and to listen, teach me to think before me do certain things.

“Beating never did really necessary for me. Parents used to do you some of those things, so you automatically know say you nuh haffi get beating fi learn,” said Chambers.

Chambers, who transports goods for persons in Spanish Town on his handcart for a living, now disciplines through talking.

“I talk and let you know that what you a do no alright or I say, see that little corner, that a your little corner fi the time and so she behave, stop give trouble because she don’t want stand in the corner fi all one hour, so automatically me change the rule of beating to other little things,” said Chambers.