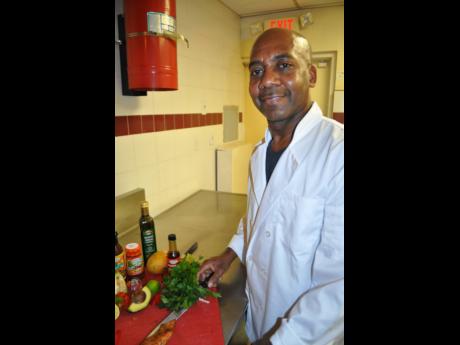 Talented Jamaican celebrity chef Alton Henry has died in New Jersey, United States, on Saturday evening after suffering what appeared to be a heart attack while catering at an event.

Henry reportedly collapsed at a function in Morristown, New Jersey, and was rushed by ambulance to a nearby hospital where he died.

Henry grew up in St Thomas and was the chief executive officer of Touch of Elegance Catering, a company that offered nouvelle cuisine with a Jamaican twist to individuals and companies in the New York Tri-State region.

He also ran several restaurants in New Jersey and made a number of appearances on network television morning shows with his culinary creations.

The well-known chef was passionate about Jamaica’s culture, especially the cuisine, and he was always experimenting with new fusions. His rum and raisin cheesecake and jerked chicken pasta were stand-out temptations on his catering menu.

Only a few months ago, Henry had expressed interest in a new partnership for catering with one of New York’s top entertainment power couples.

Henry was scheduled to travel to the island next week to bury a relative who died tragically in an attempted robbery.