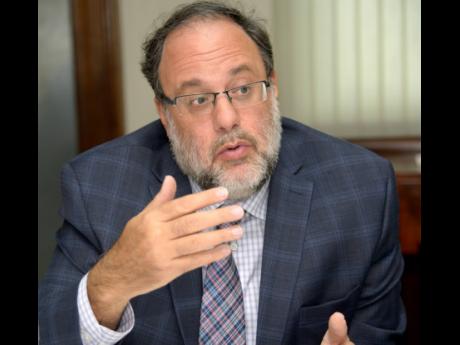 The sharp drop in the rate of economic growth to 0.3 per cent in the second quarter of the fiscal year, as reported by the Planning Institute of Jamaica (PIOJ), should be of grave concern to every Jamaican, according to the Opposition People’s National Party.

“At a time when Jamaica is exiting the IMF programme and the country should be moving forward with confidence, the engine of our economy is faltering. Growth has slowed to less than one-in-four, leaving the Ministry of Economic Growth and Job Creation with a failing grade,” said Mark Golding, shadow minister of finance and the public service.

Golding also took the Government to task for failing to bring murders and serious crimes under control, adding that the numbers have increased over last year.

He also cited the dengue crisis, noting that the public health services were in a dismal state.

In addition, Golding said that the Government has a poor track record on fighting corruption.

“All in all, as the year draws to a close, prosperity remains an illusion and the people will be looking for better in 2020,” Golding said.