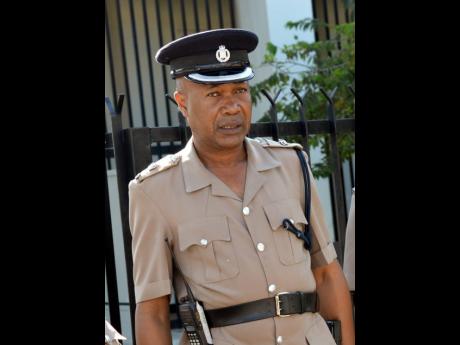 The police in the East Kingston Division say that they have lost the support of a critical mass of Rockfort residents, who have sided with criminals, resulting in a surge in murders and shootings.

Divisional chief, Superintendent Victor Hamilton, said that several communities were, en bloc, supportive of gangs, which has made their fight against crime much harder.

“Entire communities are now sympathetic to the persons they claim are their protectors – that’s the kind of situation that we face,” he told The Gleaner yesterday evening.

A proliferation of illegal guns in the hands of residents has triggered a cavalier, shoot-’em-up culture, at the slightest provocation, Hamilton has alleged.

The latest outbreak of violence erupted during an unauthorised bike show at the intersection of Wareika and D’Aguilar roads shortly after 2 a.m. on Friday when four persons were shot and injured.

Hamilton said that the police were present late Thursday night for more than two hours warning interested parties that the bike show would not be allowed.

“You would think that after midnight, they would be dissuaded. But when people have guns and they have this mindset that they are going to kill each other to prove a point, this is what happens,” he said.

The senior cop insisted that the murders and shootings emanated from the splintering of gangs, some of them into micro factions.

“The conflicts we have, I would not call them intra-gang disputes, but in Rockfort, there have been so many splits in the gangs, it is hard to follow. One time Rockfort would be fighting against Jarrett Lane or those across the road, but now Rockfort has many gangs within Rockfort fighting against each other.

“It’s actually hand-to-hand combat, street against street, even some streets are divided – top of the street against bottom of the same street. It is people who used to go to the same school and go to school with each other who decide that them going to kill each other,” Hamilton told The Gleaner.

Meanwhile, the police said they are trying to find the promoters of the bike show, excerpts from which have been circulating on social media. But he has suggested that already there appear to be problems in nailing the perpetrators.

“In circumstances like this, nobody will come forward. Those who applied in the initial stage and were denied put up their hands and say, ‘Unnu refused the thing, and so we didn’t keep anything,’” Hamilton said.