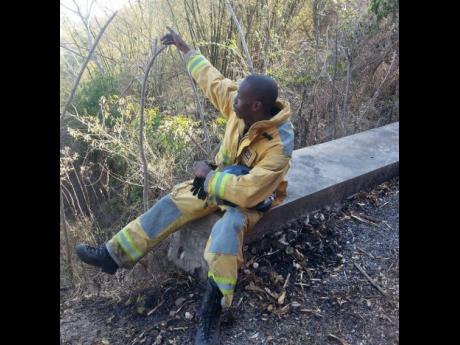 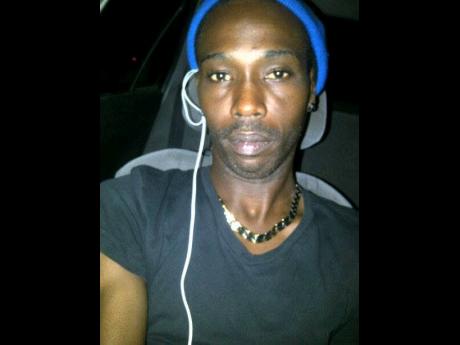 Family, friends, and colleagues of Sheldon Henry, the 34-year-old fireman who died tragically in a motor vehicle crash on the McCooks Pen main road on New Year’s Day, described the public servant as a hard worker who was jovial and kept those around him happy.

Yesterday was a dark day for those who knew Henry as it came as a shock that the kind and cheerful friend and father would only spend a day with loved ones in 2020.

Jamaica Fire Brigade (JFB) Acting District officer Joseph Wray told The Gleaner that Henry’s colleagues at the old Harbour division, where he was assigned, were sporting a brave face.

“We are saddened but putting out the best because we are here to serve the public. He was a hard worker. Nobody could be down when he was around. He would always find something to make you laugh. He is gone too soon,” a sombre Wray told The Gleaner.

Wray said that the community they served had shown tremendous support to the firefighters since the tragedy.

Henry had served the JFB for little more than seven years.

A cookshop operator who provided meals for Henry during his time in Old Harbour told The Gleaner that she remembered him as a cheerful person who loved his music.

“The last time I saw him was Christmas Eve. They were moving from this location to the new one. He told us that he would come back and buy us a drink,” the woman told The Gleaner.

Reports are that Henry had just left work when he met in an accident along the McCooks Pen main road.

According to reports from the police, his death marked the first road fatality of 2020.

Henry’s mother and sister were too distraught to speak when The Gleaner’s news team visited their home on St Johns Road in Spanish Town.

Plunged into mourning, Henry’s mother would only bellow from the veranda, “Can’t believe Sheldon gone. Can’t believe him gone.”

A childhood friend, Andrew Reid, said that Sheldon was a good friend and father to his two sons. “I know he wanted to be a better father than his father even though he didn’t have a father for much of his adult years. He looked up to a lot of other fathers. He is going to be missed.”

Former Commissioner of the JFB Fredrick Whyte visited the family home to express his condolences and provide support to the family.

He told The Gleaner, “I knew him personally. I recommended him to join the JFB. It is sad.”

Five people, including another firefighter and a policeman, were injured in the accident.

Reports are that Henry left work and was driving to Spanish Town.

About 11:30 p.m., he overtook a line of traffic and collided with a truck in the vicinity of McCooks Pen.

Henry was the sole occupant in his Mitsubishi Lancer.

The driver of the truck lost control of the vehicle and crashed into two cars.

Henry’s family, however, has refuted claims that he was at fault during the fatal crash.

Assistant Superintendent of the JFB Patrick Gooden told The Gleaner that the JFB met with Henry’s family.

“The commissioner, myself, and the welfare department visited the family and will be providing support, right to the burial and after,” Gooden said.