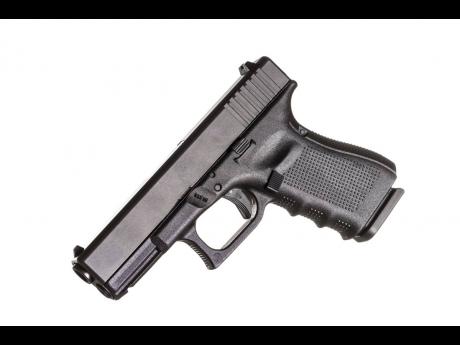 Attorney-at-law Janet Levy has been left traumatised after champagne-sipping celebrations of the New Year with friends atop a balcony in the upscale community of Plantation Heights, St Andrew, quickly deteriorated into a rush to the emergency room.

Levy, who suffered a gunshot wound to the elbow, told The Gleaner on Sunday that her arm was still numb but she is undergoing physiotherapy and is expected to make a complete recovery after the bullet that was lodged near a major nerve was surgically removed. It has since been handed to the police.

From the heights of the Red Hills community, Levy, family and friends had been watching fireworks on the Kingston waterfront, the annual event hosted by the Urban Development Corporation at the Victoria Pier, when her hand clutching a wineglass suddenly went numb.

“I didn’t hear anything, I didn’t see any flashing. It just came out of the blue and then I felt a second rush and cried out. That’s when my friends gathered round me, shone a light on my hand, and we realised that it was bleeding,” she recalled.

They all were still in the dark, up that point, until someone noticed that the sleeve of her dress was torn in the region of the elbow. Only then did it dawn on them that something had pierced her flesh.

Like 15-year-old Abigail Mullings, who was shot in the head in Mount Salem, St James, and underwent emergency surgery to remove a warhead, it is believed that she was a victim of the dangerous discharging of firearms islandwide timed to coincide with the ringing in of the New Year.

Three others – a 22-year-old customer service clerk of Spanish Town, who was shot along McCoy Lane about 1:20 a.m.; a 60-year-old supervisor hit in the vicinity of Praise City Worship Church in Arnett Gardens about 1:50; and journalist William Mitchell, who was struck while inside his home – were injured in the illegal tradition.

It was not long after midnight when Levy was hit, as she recalls that the fireworks were still going off downtown.

“We speculated at that time that it was a gunshot wound, but we didn’t panic. We hurried, of course, knowing that it was an emergency, but we were level-headed. I got a sling, a belt, put my hand in it, and we hurried down to Andrews (Memorial Hospital) and I was admitted. They confirmed that it was a bullet.

“What happened is that it travelled close to the nerve and lodged between the two elbow bones,” she recounted.

Looking back, Levy is more traumatised by what might have happened given that her eight-year-old and 18-year-old children were among the youngsters gathered at what everyone considered to be a safe space.

“It was out of the blue, so unexpected. It’s not something we anticipated or thought about, and it’s really reckless behaviour that someone would discharge a firearm in that wanton and reckless manner,” she told The Gleaner.

“If it was a licensed firearm holder, the weapon was not given to them to use in such careless way, and I am hoping that the police will find the person and prosecute them.”