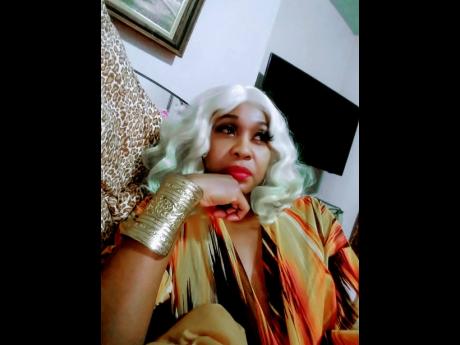 Contributed
Michelle Ally, a Jamaican healthcare worker in Westchester County, New York, is on the rebound from COVID-19. 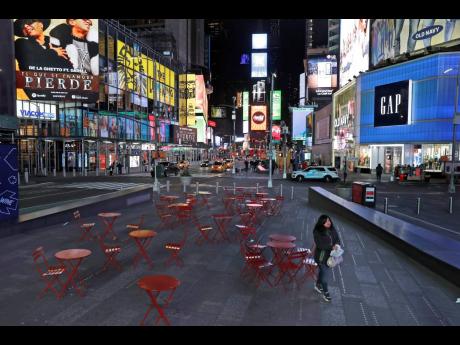 AP
A woman walks through a lightly trafficked Times Square in New York on March 16. As of Sunday, nearly 2,000 people with the virus have been hospitalized in the state of New York and 114 have died, officials said. More than 15,000 have tested positive statewide, including 1,385 in Westchester Country and 9,000 in New York City.
1
2

Michelle Ally, 48, is from Westmoreland, Jamaica, and her only job in the United States for the past 18 years has been working as a nursing assistant at a 60-bed caregiving home in the Mount Vernon-Westchester area of New York City.

On March 7, she noticed that one of her patients at the facility, an 89-year-old Jamaican woman, had an unusually high fever and was coughing furiously. Ally raised an alarm to the supervisor, and at the end of her 7 a.m. to 3 p.m. shift, Ally returned home as usual. But the following morning, on Sunday, she noticed an unusual occurrence.

“When I woke up to go to work, I was feeling chills. I had a fever, and my entire body, from head to toe, was gripped in pain,” she told The Gleaner by telephone yesterday. “I called out sick, and the pain and fever got progressively worse.”

After being prompted that she might have been presenting SARS-CoV-2 symptoms, she underwent swabbing of her nose and throat at Glen Island Park, and test results came back positive three days later.

New York state is the epicentre of the COVID-19 outbreak in the Americas, with its 15,000 infections representing half the coronavirus cases in the United States and five per cent of the world total. More than 110 people have died.

According to The New York Times, about one in eight state patients has been hospitalised.

New York has also been a feeder of imported cases into Jamaica, with a 30-year-old woman who arrived here on March 17 being among the 19 people who have tested positive here. Jamaica’s first COVID-19 fatality was that of a 79-year-old man who had been staying in Corn Piece, Clarendon. He flew in from New York on March 12.

Back in Westchester County, Ally said that she did not display some of the tell-tale symptoms of coughing or sneezing and opted not to visit a hospital as she felt there was very little help to be had. Plus, she wanted to do everything she could to avoid infecting other healthcare workers and patients. Her fever continued for four days and is now gone, and her aching – though persisting - has subsided in intensity.

“Today is the best day I’ve had since this nightmare started,” she revealed in a surprisingly bright and bubbly tone.

“It turned out that I am not the only one at work who caught the virus as my nursing colleague on the shift caught it, too.”

Ally told The Gleaner that she opted for home remedies to kick the fever and boost her immunity, drawing, no doubt, on Jamaica’s rich herbal legacy.

“I boiled and sometimes blended a concoction of garlic, onion, ginger, moringa powder, neem powder, soursop leaves, and cayenne pepper. I drank hot shots of this twice daily, in the morning and at nights,” Ally said, adding that she stayed hydrated with soups and water and too “generous” stints of rest.

She’ll soon be closing out a period of self-quarantine of 14 days and has survived ‘house arrest’ by watching TV and fielding a flood of calls of support from family, friends, and colleagues. And sometimes, friends leave something to eat or drink on her car bonnet that she grabs after they leave so as to ensure that social-distancing protocols are observed.

“In a week or so, I will follow up with further tests to determine when it is safe to return to work,” Ally told The Gleaner.

Globally, coronavirus infections have climbed past 315,000 and deaths have topped 14,000.

The Holness administration closed the airports and seaports to all incoming passengers, including Jamaican citizens, at midnight on March 21, with a few exceptions.

Exemptions will obtain for the following personnel until March 24:

1. Jamaicans employed in contract-work programmes between the Government of Jamaica and foreign governments or private-sector entities.

2. Jamaicans employed overseas and arriving home in groups from the country of employment.

4. Airline crew whose admission is required to facilitate the arrival and departure of aircraft permitted by the Government.

7. Any other person or category of persons authorised by the minister with responsibility for immigration subject to Cabinet approval.