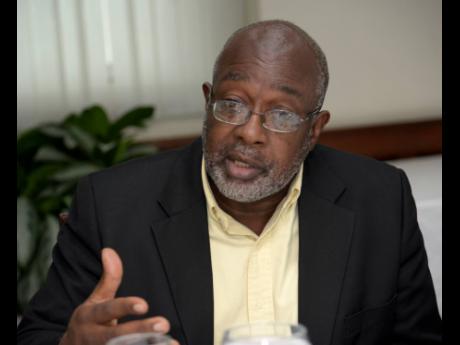 Opposition Spokesman on National Security Fitz Jackson yesterday accused Prime Minister Andrew Holness of lying to the nation about the Government’s decision to deny landing rights to 43 Jamaicans aboard the Marella Discovery 2 when it docked in Kingston on April 2.

Last week, Holness declined to address the issue when questioned by the media.

On Tuesday, he told a digital press conference that when he learned of the matter on April 3, he was clear that the Jamaicans should be granted permission to disembark. By that time, the vessel had already departed.

Yesterday, Jackson said that the prime minister’s response was hard to believe.

“It is not believable when you look at the timelines. The ship came in on the second of April and they made the request from the second, up until after 4 o’clock – anywhere between 2 and 4 o’clock – the next day.

“The ship’s captain nor pilot had no idea, no clue as to whether the request that was made was being considered or would be granted. The prime minister, on one occasion, said when he heard, he said, ‘Yes, let them in’. That was the Friday afternoon, but when he said, ‘Yes, you can let them in’, they said, ‘No, the ship’s pilot changed his mind and left’.”

Jackson said that this contradicts the explanation to the media last week.

“He said he could not comment because he didn’t know much about it, he had to be briefed on it. That is his account. Now, if the prime minister of the country is failing to be open, to be frank, to be truthful, then it only serves to complicate the crisis,” Jackson said.

Jackson also took issue with Holness’ explanation to Parliament this week that there was an established protocol for dealing with the entry of Jamaicans, pointing out that in every protocol arrangement, there is a provision for emergency cases.

On Wednesday, Holness said that the Government was working “very quickly” to have the 43 heartbroken Jamaican ship workers to return home.