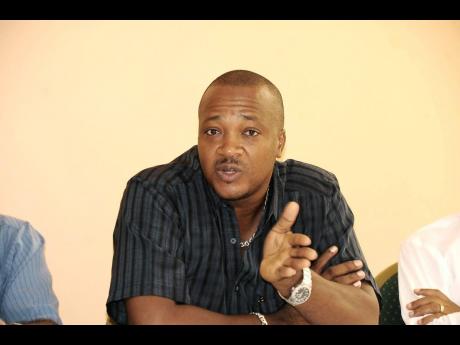 Opposition Spokesman on Agriculture Victor Wright has defended the legitimacy of his occupancy of a government-owned house and has characterised Prime Minister Andrew Holness’ allegation that he has captured state lands as “a smear campaign”.

Wright flatly rejected claims by Joseph Shoucair, managing director of Sugar Company of Jamaica (SCJ) Holdings, who said in a Nationwide interview that the lands, known as Fontabelle Estate in Westmoreland, leased by Wright in 2011, were being occupied in defiance of a notice to quit and that millions were owed in utility bills.

Holness did not name Wright in his scathing rebuke at a meeting of his ruling Jamaica Labour Party (JLP) but accused an opposition member of parliament of committing a raft of breaches.

The Trelawny North MP believes that Holness’ comments were a reprisal attack for his sustained pressure on J.C. Hutchinson, a de facto minister of agriculture who was stripped of his post and transferred under the prime minister’s wings after allegations of nepotism and conflict of interest.

Hutchinson admitted wrongdoing in demanding that Shoucair hand over 2,400 acres of government-owned farmlands to a company in which his live-in partner Lola Marshall-Williams had a directorship. The company then charged nearly 200 small farmers $9,000 per acre though not paying the Government a cent for one year’s possession of the property.

Last week, Wright had also called for Health Minister Dr Christopher Tufton to state whether his personal relationship with a director of Market Me Consulting may have influenced contracts with the marketing firm.

“They are trying to get back at me for the strident position we took with Minister Hutchinson and the scandalous way in which he approached the Holland (Estate) land deal,” Wright told The Gleaner on Monday.

He said that he was seeking legal advice on whether to escalate the matter to the courts.

“I am putting out what I have because I know there is no wrongdoing on my part. If it is that it warrants further action, then we will give it the necessary consideration,” said Wright.

In the wake of a series of scandals that have rocked his four-year government, Holness threatened, on Sunday, to weaponise corruption allegations against the People’s National Party (PNP). The prime minister also warned that he would counteract scandals assailing his administration by strategically outing the breaches of PNP officials – “drip, drip, drip, drip”.

“We have come across many people in the pot who have been jumping and spouting and criticising our steaming kettle, and they have persons there who are presently occupying government land without paying any rent or any form of remedy, who are doing business there,” Holness told supporters during an Area Council One meeting at the Girl Guides Association of Jamaica headquarters in St Andrew.

He accused the PNP of having a more chequered track record on corruption, saying, “We may have a little tank. They have a reservoir.”

In an interview with The Gleaner, Wright produced several documents, including one dated May 20, 2011, which was signed by John Gayle, the chief operating officer for SCJ Holdings Limited, which offered him a lease with an option to buy.

The document stated: “We are pleased to advise that you have been selected as a ‘qualified person’ to attain a lease for a parcel of land, situated at Frome in the parish of Westmoreland, with an option to purchase same.”

Wright claimed that SCJ Holdings owed him money from the time of his employment as operations manager and that those funds were tied up in the lease arrangement.

“SCJ had some money for us that they could not pay to us former sugar workers and they gave us documentation for us to sign to say that these funds should go towards the ongoing transition we have with them,” said Wright.

Attempts to get a comment from Shoucair were unsuccessful as calls to his mobile phone rang unanswered.

Wright said that he and 50 others who are now occupying lands on the property in question were waiting on the SCJ to give them the subdivision plans and then the sales agreement in accordance with the lease they signed in 2011.

“Some people (other sugar workers) are already taking a refund from SCJ, but I never took that option. I chose to take the J$666,000 that they have for me; they should give us 50 per cent and the remainder should go towards clearing off the lease,” he said.

Wright has countered claims about unpaid electricity bills, arguing that he has an arrangement with the Pan Caribbean Sugar Company, which owns and operates Frome Sugar Estate. He said that he is in good standing with the Chinese-owned company.

“The light belongs to Pan Caribbean Sugar Company and we have entered into our own arrangement with the company and we are up to date with all our payments,” said Wright.

Earlier on Monday, PNP General Secretary Julian Robinson, in a press statement, said that Wright had declared the matter to Parliament. He said it was examined by the Ethics Committee of the House of Representatives and included in Wright’s annual filings to the Integrity Commission.

“Prime Minister Andrew Holness’ outburst at his Area Council One meeting on Sunday shows the extent to which he will go to create a false equivalency as a smokescreen to cover his ministers, who have been caught several times in wrongdoing, corruption, and breaches of the Government’s land divestment policy,” Robinson said.