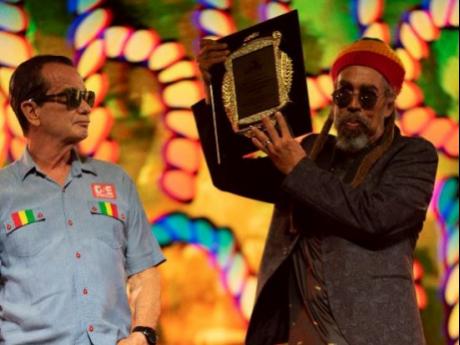 The announcement was made a short while ago during the historic virtual staging of the festival.

In an interview with The Gleaner, Coore said the award was unexpected but greatly appreciated.

"This is not exactly the time one is thinking about awards but that's what makes this so special," he said.

He also said hard work has paid off for the group, which has been in the band business for the past 46 years.

"We've done a lot of hard work throughout the years. We've taken a lot of hits and we've had lots of highs and lows. This is a definite high and an unexpected one at that," he said.

Third World is one of the oldest Reggae bands of all time, and one of Jamaica’s most consistently popular crossover acts among international audiences.

Mixing in elements of R&B, funk, pop, rock and, later on, dancehall and rap, Third World’s style has been described as ‘reggae-fusion’.

Its catalogue of charted smash hits include Now That We Found Love, 96 Degrees in the Shade and Try Jah Love.

Reggae Sumfest, which is being streamed live on all social media platforms and YouTube, has seen performances from some of the island's most talented entertainers.

Tonight is the final night in the two-part virtual concert.

Acts such as Gyptian, Tarrus Riley, Freddie McGregor, Sizzla and the Grammy kid Koffee are all on the lineup.