No gangster’s paradise - St James a graveyard for Public Enemies No. 1 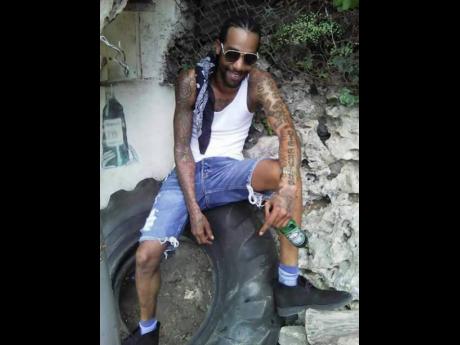 When Delano ‘Prekeh’ Wilmot’s time as one of Jamaica’s most wanted men ended in a gunfight with members of the security forces at an isolated hideaway in rural St James early last Wednesday morning, he joined a long list of gangsters whose reign of terror came to a fiery end in the western parish.

In fact, Superintendent Vernon Ellis, who heads the St James Police Division, said in the aftermath of Wilmot’s death that the most-wanted tag is usually a signal that the end is near.

Wilmot, who had survived several previous confrontations with the security forces, including a daring ambush in which three Jamaica Defence Force soldiers on patrol were shot, did not go out without a fight, challenging the security forces during last week’s operation and was cut down.

“No precious blood was shed when we caught up with Prekeh … . These guys need to know that they cannot match the security forces in a firefight, so it is best to surrender when they are confronted,” said Ellis. “‘Most wanted man’ is not a good title to have.”

Taking a look at the rise and fall of the many gangsters who have emerged in St James since the early 1980s, there is one undeniable truth: they die at a young age, creating legends out of resolute cops like Clive ‘Karate Georgie’ Lawrence, who is renowned for his disguises as a woman – donning female clothing and spike heels – in seeking to catch wanted thugs off guard.

“I had no fear going after them because my aim was to make my city as safe as possible,” said the now-retired Lawrence, who was shot and injured in one of his many battles with gangsters.

Former Assistant Commissioner of Police Denver Frater, who headed the police’s Area One region – St James, Trelawny, Westmoreland, and Hanover – in the turbulent 1980s and ’90s, noted that in those days, gangsters tagged most wanted rarely survived for more than a year.

Wilmot had his label for more than four years.

“As much as 90 per cent of them are killed within a year of becoming most wanted, and usually, they range between the ages of 18 and 30,” Frater previously said. “It has been like a recurring decimal with these gangsters: rise quickly and die quickly.”

Below is a listing of the most-wanted gangsters who perished in St James between 1982 and 2020:

• 1982: Patrick ‘Swang’ Stephen became ‘most wanted’ when he was implicated in the shooting death of policeman Paul Shaun. After a brief two-month reign, he was killed in a confrontation with the police.

• 1986: Owen ‘Jaggarue’ Graham, who was renowned for his trademark military fatigues and his M16 assault rifle, came to fame as a much-feared hitman across western Jamaica. His reign of terror ended in a 1986 shoot-out with the police.

• 1987: Owen ‘Pugan’ Pearson, who led the notorious Somerton gang, had St James under siege for just over a year, robbing and killing with impunity. He was killed in a gunfight with the police in Falmouth, Trelawny.

• 1992: Fitzroy ‘The General’ Smart was a notorious robber, who specialised in targeting guest houses in upscale communities. He was killed in an early-morning gunfight with the police in Unity Hall, St James. The gun seized from him was traced back to a St James member of parliament.

• 1994: Lenroy ‘Len’ Bircher, who led the notorious Flower Hill gang, became St James’ most wanted after being linked to a spate of murders. He was killed in a gunfight with the police at his Salt Spring hideout.

• 1995: Icha ‘Dread’ Lawrence, who had Flankers under siege for many months, committing several murders and shooting, including seriously injuring a policeman, Everton Grant, was killed in one of his many clashes with the police.

• 1995: Miguel Jarrett, who took over the leadership of the Flower Hill gang after Lenroy Bircher was killed, flourished for a while as a bloodthirsty killer. However, he, too, was killed by the police towards the end of the year.

• 1998: Albert ‘Sir Paul’ James, who was both a much-feared rapist and gunslinger, became most wanted after killing sprees in Montego Bay and Negril. He was killed in a gunfight with the police. Policeman Hugh Henry was also killed in that incident.

• 2001: Nino ‘Badda Badda’ Alexander, who was known as the king of drive-by killings, had several districts in St James living in fear, resulting in him being named the parish’s most wanted. His reign lasted a few months before he was killed by the police.

• 2002: Ansel ‘Zadda’ Mellish, who the police said eliminated several gangsters in becoming one of St James’ most-feared thugs, was cornered and killed in a shoot-out in Fairfield on the outskirts of Montego Bay.

• 2002: Frank ‘Bruno’ Stone, who led a murderous rampage in Rose Heights and was feared across the parish, was killed in a gunfight with top cop Clive ‘Karate Georgie’ Lawrence, who was shot and wounded in the incident.

• 2002: Karlie ‘Matalan’ Williams led the notorious Toyota gang, which was renowned for daring robberies and cold-blooded murders. Shortly after he was implicated in the murder of police inspector Rupert Gardner, he, too, perished in a shoot-out with the police.

• 2004: Eric ‘Sandokan’ Brown, a former Canterbury strongman listed on the FBI’s most wanted list in the United States for several murders, was killed by the local police in a shoot-out in Lilliput, St James.

• 2005: Michael ‘Banna’ Granstan, who engaged the police in several shoot-outs during his murderous reign, in which he killed an elderly ex-policeman in cold blood, was cut down in a gun battle with the police in the York Bush area of the parish.

• 2006: Delano ‘Bigga Crime’ Williams, the much-feared Stone Crusher gang enforcer, who had a penchant for beheading his victims, was killed in a shoot-out with the police in Norwood, St James.

• 2006: Michael ‘Lassie’ Forbes, who served a stint as the leader of the Stone Crusher gang and was rarely off the police’s radar, was killed in an alleged confrontation with the police in St Mary.

• 2007: Garfield ‘Don’ Sawyers, who led the much-feared Fresh Roses gang, was said to be the worst nightmare for even his friends, who sometimes felt his wrath. He was killed in a shoot-out with the police.

• 2007: Rohan ‘Don’ Gordon, the much-feared leader of the Stone Crusher gang, was said to be as deadly as he was elusive. Strangely, he was killed at his gate in Norwood in a shoot-out with the police.

• 2007: Gerado ‘Rado’ Taylor, who was considered the police’s worst nightmare as he regularly challenged them in brazen gunfights, was eventually killed after he was cornered in Rosemount Gardens, St James, by the police.

• 2010: Richard ‘Richie Blacks’ Lawn, the last known leader of the Stone Crusher gang, was killed after he challenged the police to a gunfight in Rose Heights and was cut down.

• 2010: Anthony ‘Bolo’ Christie, the alleged leader of the Bottom Pen-based Piranha gang, was killed in what the police said was an early-morning shoot-out. He was wanted for murder at the time of his death.

• 2010: Cedric ‘Doggie’ Murray, who was once a top lieutenant in the Stone Crusher gang before moving to Tivoli Gardens in Kingston, where he became a much-feared enforcer for strongman Christopher ‘Dudus’ Coke, was killed in a special police operation near the border of Clarendon and Manchester.

• 2014: Eldon Calvert became one of Jamaica’s most wanted men after the police linked him to bloody crimes committed by the notorious Stone Crusher gang. He was shot dead by fellow gangsters in Salt Spring, St James.

• 2017: Tadmar ‘Rifle King’ Whyte, who the police labelled a cold-blooded killer, and who was on and off the St James most wanted list for a few years, was killed by unknown assailants at his Bottom Pen home in the parish.

• 2017: Omar ‘King Evil’ Lewis, the notorious leader of the Canterbury-based Nation Crocs gang, who also featured on the United States’ crime radar, was murdered by unknown assailants in Montego Bay, where he was cooling out after being deported from the US.

• 2017: Oswyn ‘Ski Mask’ Jarrett, the leader of the murderous Ski Mask gang, was much feared across western Jamaica. Jarrett and five members of his gang were killed in a gun battle with the police on the St James-Trelawny border.

• 2018: Oshane ‘Ghandi’ Duhaney, the reputed leader of the Waltham gang, managed to successfully evade the St James police, but was killed by unknown assailants in St Ann. Violence erupted at his funeral in Montego Bay as one man was shot dead.

• 2018: Ryan ‘Ratty’ Peterkin, who had the community of Cambridge under siege for several months, fled the area after he came under serious police pressure. He was subsequently killed in a confrontation with the police in Williamsfield, Westmoreland.

• 2019: Shaniel Luton, who was sentenced to life imprisonment in absentia in 2015 after he escaped police custody while awaiting sentence for a double murder, was killed gangland style in Haiti, where he fled to.

• 2020: Delano ‘Prekeh’ Wilmot, who had split from the Ratty gang to form his own, had Cambridge under siege for just about four years, during which he engaged the police and military in a gunfight on several occasions. He was cut down last week.