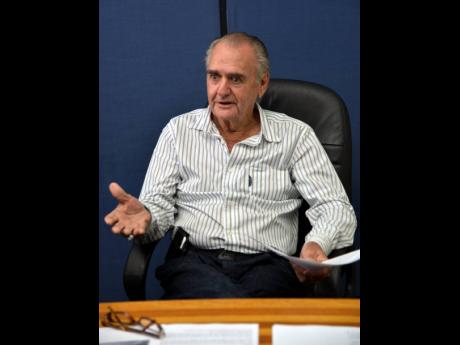 The late business mogul Anthony Hart, whose pioneering development transformed Montego Bay into a premier commercial hub, has been praised as “a dreamer and a visionary Jamaican”.

Hart, 87, died at hospital on Thursday after ailing for some time.

The late businessman was instrumental in the development of Montego Freeport, the Bogue lands, the Pye River Bridge, among other projects that have changed the landscape of the St James capital.

Mark Hart, who followed his father into entrepreneurship, praised the late businessman for his drive to help others.

“I grew up observing his passion for helping people succeed. I think that’s what motivated him most,” Mark, executive chairman of Caribbean Producers (Jamaica), told The Gleaner.

“His exceptional legacy will be indivisibly linked to the sustained development of the business sector in western Jamaica. Through his vision and penchant for innovation, he founded several businesses spanning various sectors that contributed to the economic growth and viability of Montego Bay,” the PSOJ said in a press statement.

Hart served on several private- and public-sector boards as chairman and director and was inducted into the Private Sector Hall of Fame in 2013.

Gloria Henry, president of the Global Services Association of Jamaica, said that credit was due to Tony Hart for Montego Freeport, which is now the hub of Jamaica’s outsourcing sector.

Hart’s philanthropy included sponsorship of football, cricket, and netball competitions in St James. He also made contributions to the health, tourism, and educations sectors.

“Mr Hart was a dreamer and a visionary Jamaican … ,” said Davis, who also referenced Hart’s work in having the harbour dredged to allow for large cruise and cargo ships.