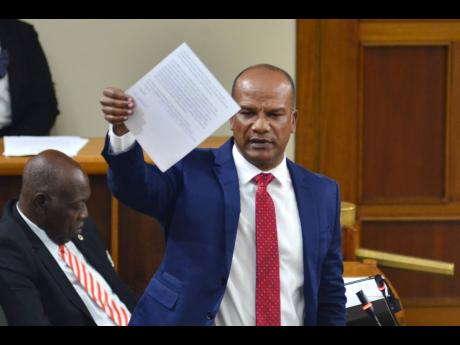 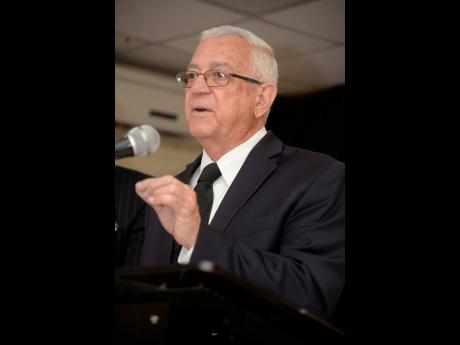 The opposition People’s National Party (PNP) will need to field a strong group of individuals to fill its eight Senate positions, and former Kingston Central Member of Parliament Ronald Thwaites should be among them, believes public commentator Dr Paul Ashley.

Ashley, an attorney-at-law, said that with the expected departure of veteran lawmaker K.D. Knight and at least three others, the party would be better served with the inclusion of Thwaites to the Upper House as his contribution to the Lower House showed he was a clear, progressive thinker.

“Thwaites should not be seen as any replacement for K.D. Knight, who has served his time. Knight’s service was tied to that of Peter Phillips’, who will have to go ... . But Thwaites has made his case by his contribution to the Lower House,” the outspoken commentator told The Sunday Gleaner ahead of the September 3 polls, which he was certain the PNP would lose.

“The Senate has always been reserved for the more cerebral among legislators of the two Houses, although some appointments raised eyebrows on both sides,” he added. “But Thwaites will add significant value to the Opposition benches and should be given a position because the Government will also be strengthening its benches. I am sure Leslie Campbell will be added to the Government benches.”

Ashley has proven to be prophetic on the elections and future of Phillips. However, it is not clear how his prophesy on Thwaites will end.

Thwaites, a former multi-term member of parliament, has told The Sunday Gleaner that he would be open to such an appointment.

“Yes, I would consider serving if asked. Indeed, I would be willing to serve,” he said.

Thwaites supported Peter Bunting’s unsuccessful bid to Phillips for the leadership of the PNP a year ago. Bunting supporters had said the PNP had become non-progressive, out of touch, and badly in need of renewal.

In the September 3 election, the Jamaica Labour Party (JLP) swept 48 of the 63 constituencies, gobbling up the long-held PNP seat Thwaites vacated as voters turned their backs on Imani Duncan-Price.

Bunting is a Thinker

Like Thwaites, Ashley says, Bunting is a thinker and the PNP should abandon its age-old tradition of not appointing to the Senate persons who were rejected by voters. The tradition, he believes, has become an annoyance for both major political parties as the JLP has also adopted the practice.

Thwaites was the author of at least 19 of the 36 private members’ motions on the order table that were not discussed during the 2019-2020 parliamentary year.

Thwaites, who Ashley said is “a clear and independent thinker with knowledge of parliamentary procedure, law and politics”, told The Sunday Gleaner that his service would not be tied to any leader of the party.

Reports have surfaced that Bunting’s willingness to accept a Senate appointment would be based on who becomes the new leader of the Opposition as Phillips vacates the post.

When The Sunday Gleaner spoke with some of the PNP’s losing candidates, they indicated a willingness to serve. Four of them said they would also not tie service to the leader of the party. Phillips has indicated his decision to step down from both the presidency of the party and opposition leader.

There are suggestions that Bunting’s friend and long-time business partner Mark Golding “should immediately assume the role of opposition leader” and Bunting take over the role of president.

“Bunting would not be the first to be president of the PNP without a seat, but these relics of the party cannot see past the Bunting challenge – the very same people who saw past the Phillips challenge to Portia Simpson Miller in 2008,” said a party insider last week. “But when the history of the PNP is written, Peter Phillips will not be remembered kindly, not for what he did to the PNP.”

The source said that Phillips was “busy choosing individuals for the Senate, not allowing the new leader who they will have in months to make the choices. Once they are chosen, thanks to Andrew Holness, they cannot be removed.”

“I hear that he is busy choosing people for the Senate positions and that he is going 50-50 men and women,” said another source on Friday.

Williams was the architect of that action, which saw him ousted. He took the matter to court and won.

Supporters of Phillips in last year’s contest are said to be opposing any suggestion of Golding becoming opposition leader. They believe he would only be paving the way for Bunting’s rise.

“But truth be told, the PNP should be glad that they are in Opposition because the Jamaica that the JLP created, they must fix it. PNP need to fix themselves,” said the close insider. “Anybody calling for Dr Peter Phillips to remain leader of the PNP deserves to be washed away in a serious political flood. Even the blind can see that he has no further use to the party. The PNP has become [Edward] Seaga’s JLP, and light and water soon start cut off up there again. Let’s see who is going to pay the bills.”

On Friday, PNP General Secretary Julian Robinson sent out redundancy letters to some employees at the headquarters. Among them are said to be at least one known and other suspected backers of Bunting’s failed bid last year.

A party official told The Sunday Gleaner that five factions were currently operating in the PNP. Along with the Bunting and Phillips camps, there are the P.J. Patterson and Portia Simpson Miller disciples as well as the regular Comrades.

“Comrades fall at the bottom of the pile and that’s why nearly 130,000 of them did not go to vote. This is exactly what the JLP was, and the longer Phillips stays is the more he will become Seaga,” said the official.

Warning ominously, he said, however, that the PNP has its own “Daryl Vaz and James Robertson who have the capacity to remove Phillips from the helm, willing or unwillingly”.

Vaz and Robertson, along with financial backers, were instrumental in the removal of Seaga from the JLP leadership.