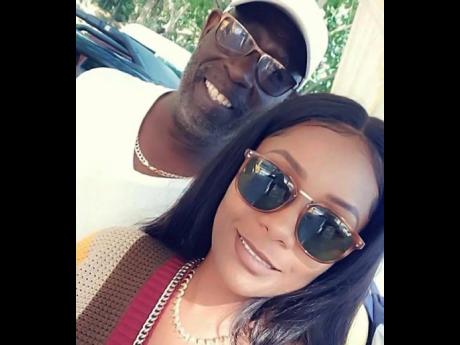 Denvalyn Minott has been married for more than two decades and is known to residents in his east Portland community of Norwich as a family man who is devoted to his four children.

On Thursday, Minott was led from the Home Circuit Court in downtown Kingston as a convicted contract killer sentenced to 19 years in prison for his involvement in the gruesome slaying of Tonia McDonald, wife of popular businessman Everton ‘Beachy Stout’ McDonald.

Investigators have alleged that McDonald’s death was the result of a murder-for-hire plot orchestrated by her husband, who has been arrested, along with another man, Asher Barnes, and charged with murder.

On Monday, prosecutors disclosed details of a caution statement recorded by the police in which Minott claimed that Everton McDonald hired him to kill his wife for $3 million and revealed how he subcontracted another man to commit the crime.

Minott admitted, too, that he watched as Tonia McDonald was stabbed repeatedly before she and her car were set on fire by the man he had hired.

“You are a married man with a stable family and, according to the community, a good father. I don’t know what could have come over you to cause you to act in this diabolical way. Now you are going to be separated from them for a long time,” said Harris.

“You were seduced by a payment of a large sum of money and participated in the hope of getting a big payday,” she added.

Tonia McDonald’s partially burnt body was found with the throat slashed beside her razed motor car along the Sherwood Forest main road on July 20 this year.

Minott, in his caution statement, which was cited in court by prosecutors, claimed that he had been contracted by Everton McDonald to kill Tonia.

“He said that the arrangement was that payment of $3 million would be made for the killing of Mrs McDonald,” one prosecutor disclosed, citing the caution statement.

Minott, a fisherman who also resides in Portland, claimed, too, that ‘Beachy Stout’ gave him clear instructions on how his wife should be killed.

“He didn’t want Mrs McDonald to be shot but [said] that she was to be stabbed up and her body burnt,” he told detectives, according to prosecutors.

Gave ‘work’ to another man

Minott admitted that he gave the “work” to another man known to him only as ‘The Yute’.

He revealed that on the night of July 20, Tonia McDonald picked him up in her Toyota Axio motor car, and he indicated to her that he was going to pick up another man in Port Antonio.

The trio travelled towards Sherwood Forest, he said, when ‘The Yute’ asked Tonia to stop and turn around the car as they approached a three-way intersection.

Minott recalled stepping out of the vehicle after Tonia complied with the request, causing her to become fearful.

According to Minott, the other man also got out of the car before quickly getting back in.

“He said The Yute grabbed her [Tonia] around the headrest [of the driver seat] and they were wrestling. He said he then saw when The Yute stabbed her, and he saw blood coming from her two sides and her back and her neck,” a prosecutor revealed in court.

Minott said the man had a bottle containing an apparent flammable liquid. The car caught fire, and Minott left the scene to call Everton McDonald “and told him what had happened”.

The San San police reported that while the scene was being processed, Everton McDonald arrived and identified his wife’s body as well as her motor car.

Minott, apparently racked with guilt, broke down in tears as he recounted to detectives his role in Tonia McDonald’s death.

“Miss Mac trust me too much. She believe inna me. A me mek she go up deh,” he said through tears in the caution statement.

Everton McDonald and Barnes are scheduled to return to court today.