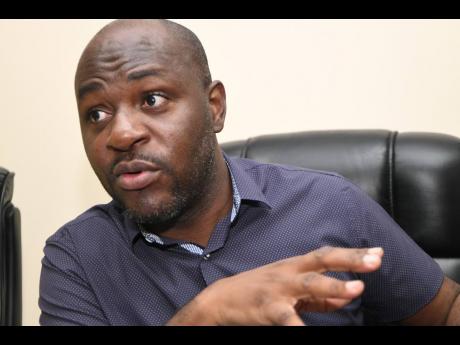 Allegations of domestic violence are among the main reasons cops are being denied permits for private firearms, the regulatory agency has revealed.

The Firearm Licensing Authority (FLA) disclosed that in other cases, cops are denied permits because they are either on probation or still in training.

“The application process examines a spectrum of circumstances to include home inspections and criminal records and assesses the risks associated with each individual’s need for a private firearm,” the FLA said on Tuesday.

“Therefore, the applicant’s profession is not the sole deciding factor. Persons who apply to the FLA are applying on a personal basis and are not granted firearm licences for business/work purposes.”

Chief executive officer of the FLA, Shane Dalling, cited the case of a policeman who was relieved of his government-issued firearm by the Police High Command.

According to Dalling, the cop was deemed by JCF superiors to have mental issues and therefore “posed a risk to public safety”.

He said the FLA revoked the policeman’s gun permit after conducting its own inquiry, which included talks with the cop’s commanding officer, which confirmed the concerns.

However, Dalling charged that the cop, with the support of the Jamaica Police Federation, has gone to court to challenge the revocation.

“We had to act,” the FLA CEO insisted.

The case is still pending.

The disclosures by the FLA come days after the federation complained, in a Sunday Gleaner article, about the “high number” of police personnel who are being refused gun licences on the grounds that “they have not justified the need for one”.

The federation represents the interests of cops up to the rank of inspector.

In the last three weeks, at least 10 cops have reported that they were denied permits for private firearms, according to chairman of the federation, Sergeant Patrae Rowe.

Amid a number of attacks on members of the security forces in recent days, Rowe complained that the refusal of the permits makes it more difficult for cops to protect themselves and their families.

“This is absolutely ridiculous and we believe that the actions of the FLA are exposing our members to additional vulnerabilities,” he told The Sunday Gleaner.

But Dalling took issue with Rowe’s assertion, calling it “unfortunate” and “sensational”.

The FLA has met with the police union several times to discuss “the issues we have why police officers are denied [permits],” Dalling said on Radio Jamaica’s ‘Beyond the Headlines’ with host Dionne Jackson Miller.

“So, I don’t know why the Police Federation would make that statement.”

Dalling noted, also, that it is the Jamaica Constabulary Force (JCF) that is directly charged with the overall protection of cops in the execution of their duties.

“It is important to note that the FLA is the regulatory body responsible for the management and governance of private firearm ownership in Jamaica,” Dalling said in a statement on Tuesday responding to Rowe’s utterances.

“It is, therefore, unfortunate that Sergeant Rowe has sought to mislead the public that the FLA is exposing the police to harm by denying them firearm licences,” he added.

Dalling said as a matter of standard operating procedure, the FLA is mandated to govern the issuance of private firearm licences through comprehensive investigations, background checks, and a due diligence process that relies heavily upon the intelligence arms of the JCF.