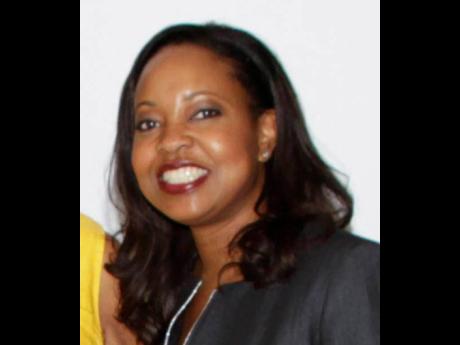 The Office of the Director of Public Prosecutions (ODPP) is to determine whether criminal charges will be filed against Gail Dunwell Campbell, the former Caribbean Maritime University (CMU) consultant.

Dunwell Campbell, a Jamaican who resides in the United States (US), was arrested at the Norman Manley International Airport in Kingston on Tuesday evening after stepping off a flight from Atlanta, her attorneys confirmed.

The former donor consultant, who was embroiled in alleged financial improprieties at CMU, was held overnight at the Bridgeport Police Station in St Catherine.

She was questioned for four hours yesterday by detectives from the Financial Investigations Division (FID) of the finance ministry and then released.

According to police sources, she responded with a simple “no comment” to more than 100 questions posed by investigators.

Law-enforcement sources, however, revealed that the case file would be completed and sent to the ODPP for a ruling on whether Dunwell Campbell should be charged.

But prominent defence attorney Tom Tavares-Finson, who, along with attorney-at-law Donahue Martin, is representing Dunwell Campbell, said that that was not his understanding of the way forward for investigators.

“I never got the impression that the DPP was to be consulted,” Tavares-Finson said.

Reports also surfaced late yesterday that despite measures implemented at the country’s air and sea ports, Dunwell Campbell visited Jamaica without being apprehended at least twice since the CMU saga unfolded.

Tavares-Finson, in confirming the two visits, said Dunwell Campbell’s trip to Jamaica was to have discussions with him.

“Her lawyer would have been aware of such matters,” he said when asked if she was aware of the ongoing investigation by Jamaican authorities.

“She came back specifically to have discussions with me.”

Dunwell Campbell made national headlines last year after the Public Administration and Appropriations Committee (PAAC) of Parliament began hearings into the two-year US$155,000, or approximately J$20 million, contract she signed with CMU to serve as a donor consultant.

She was simultaneously being paid $3.5 million annually as a donor consultant to the National Education Trust, an entity that falls under the Ministry of Education, while Reid had responsibility for the portfolio.

Documents turned over to the PAAC by CMU showed that by the end of year one of the CMU contract, Dunwell Campbell had been paid just under J$15 million, or three-quarters, of the total contract value.

And by February 25 that same year, she had raked in a total of US$86,188, or approximately J$11 million, according to CMU records.

Pinnock, in response to questions from opposition members of the PAAC, disclosed that Dunwell Campbell directed that some of the payments – a total of J$3.8 million – be made to an account in the name of another woman he identified as Doreen Miller.

That disclosure triggered questions about whether Miller was the woman who was employed as Reid’s domestic helper.

The CMU documents show that Dunwell Campbell requested amounts of US$70,000, or J$9.1 million, on six invoices that were all dated February 20, 2018.

In a previous appearance before the PAAC, the CMU president revealed that Dunwell Campbell was engaged under a reimbursable expense contract, meaning that she would only be paid based on invoices submitted.

Reid; his wife, Sharen; and his daughter, Sharelle, were arrested along with Pinnock and Brown’s Town Division Councillor Kim Brown-Lawrence on fraud-related charges arising from an investigation into the alleged improprieties at CMU.

They are scheduled to return to court later this month.