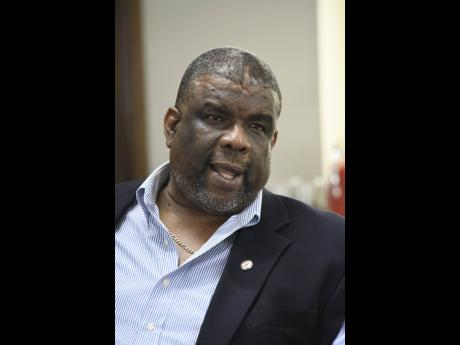 As the nation continues its relentless drive to contain the spread of the deadly coronavirus, two communities, Rae Town, in Kingston, and Cornwall Courts, in St James, were placed under special area curfew because of the troubling increase in the number of COVID-19 cases in the two well-populated communities.

A release from the Office of the Prime Minister (OPM) late yesterday evening stated that the curfew, which will run from Friday, October 23 to Friday, November 6, will fall between 6:00 p.m. and 5:00 a.m.

“During curfew hours, only essential workers with identification will be allowed to enter or exit. Additionally, the gathering limit will be no more than six (6) persons in any public place for the period. All the other existing restrictions such as mask wearing and physical distancing will be strictly enforced,” the release stated.

Over in St James, the news took many residents by surprise, especially persons who left work just before the 6 p.m. curfew start time as it was clear that they could not make it home in time.

“It is now 5:45 p.m. and I am all the way in Round Hill, Hanover, so it is going to be impossible to get to my house in Cornwall Courts before the 6 p.m. start,” a tourism worker told The Gleaner when quizzed as to whether or not she is aware that the curfew is in place. “They could have announced it from midday so that we would at least have a four- to five-hour window to travel back to Montego Bay and get a taxi to go home.”

Interestingly, when The Gleaner made contact Errol Greene, head of the Western Regional Health Authorities (WRHA), at 5:45 p.m., he said he was not aware of the planned curfew, albeit making it clear that the decision to have curfews does not fall under WRHA purview and was, in fact, a matter that falls solely under the ambit of the Ministry of National Security.

“I know nothing about it ... you are now bringing it to my attention,” said Greene. “I must nonetheless make it absolutely clear that curfews don’t fall under the WRHA and is entirely a security matter that falls under the Ministry of National Security.”

As it relates to the WRHA responsibility, Greene said that over the past two to three weeks, his organisation has been stepping up its sensitisation programmes as it relates to educating the public about observing the various health and safety protocols.”

“We did not like the direction in which things were going so over the past two to three weeks, we have been stepping up our sensitisation campaign and we are hoping to continue going into this weekend,” said Greene.

In the release from the OPM, it stated that Rae Town and Cornwall Courts, which is the second-largest housing scheme in Jamaica, needed to be placed under the announced restrictions to limit exposure to the virus.

“These two areas have seen an increase in COVID-19 cases, which is of great concern to the Health Authorities and thus this special measure is to restrict movement of persons to slow or prevent new exposures and hence new infections. There is also concern for the high population density of the two areas identified and the high vulnerability of persons within the areas to severe illness due to age, co-morbidities, and other socio-economic factors,” the release stated.

Of the 8, 638 recorded cases of the COVID-19 in Jamaica, St James had 799 in the latest statistics released on October 16. The parish is said to have some 396 active cases while there have been 14 deaths.