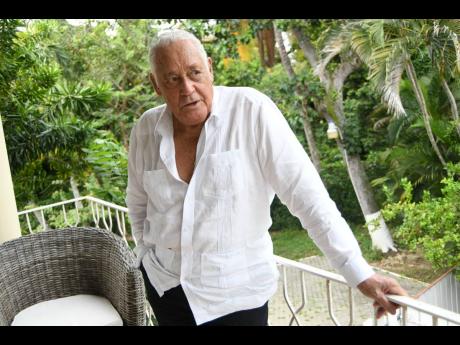 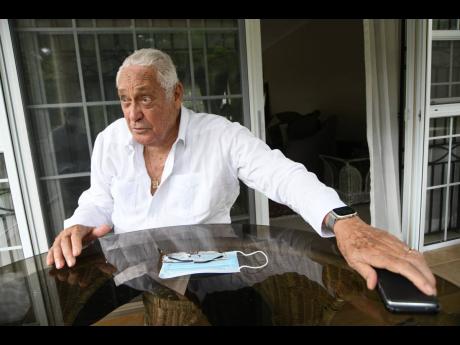 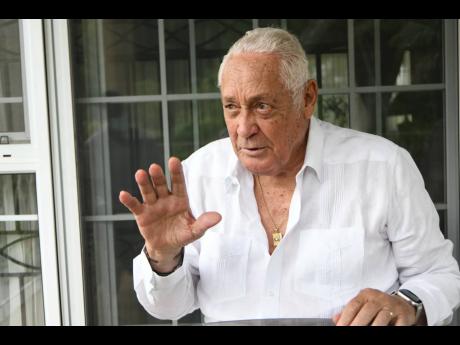 Upon the Jamaica Labour Party (JLP) sweeping to power in a 51-9 seat blowout in the 1980 general election, veteran politician Mike Henry recalls that the Government was formed in crisis mode as there was only enough food in the island to last for roughly a week.

“I was on the first flight leaving Jamaica with [Prime Minister Edward] Seaga, Bruce Golding, and Douglas Vaz, and we went to meet with a banker to be able to sign a loan to be able to give us food,” Henry told The Gleaner recently.

The hardships caused by political instability since the mid-1970s had reached a crescendo, from shopkeepers marrying basic goods to shelves eventually being empty, he recalled. Riots even broke out in some places as frustrations grew among the populace.

Henry, 85, was close to Seaga during that rough period, attracted to the JLP leader’s position on community building.

He also saw Seaga’s rise as a change in the extended family that ruled the political landscape at the time, with the JLP suffering from a “cousin syndrome” before then.

Henry said that going into the 1980 election, the JLP had crafted a strategy to control the urban and rural townships in order to beat the Michael Manley-led PNP in the October polls. Henry recalled that he was part of the JLP’s action team, which had campaigned across the island.

“Kingston was broadly PNP. St Andrew was a little shared. Edward Seaga realised that you had to have a new structure to be elected and mirrored that on the basis of Tivoli,” said the Clarendon Central member of parliament.

He said that leading up to the election, constituency boundaries were being readjusted and that the struggle to a landslide victory was mighty as a wave of political violence swept Jamaica, claiming hundreds of lives.

Henry said that although he had been directly targeted with physical violence, he remained undaunted.

“In one night, 46 houses were burnt down in May Pen. Nine people were killed,” he told The Gleaner.

“My own vehicle was burnt at the corner of Manchester Avenue and Western Park Road. I am told that some of the well-known people I know lit the vehicle,” he added, refusing to mention names.

Henry was shot in the mid-1970s in York Town and had to campaign for the 1976 general election on crutches, recovering from his first politically driven confrontation with death.

“Living here in Millsborough, my house used to be surrounded by armed people. My wife and children used to be taken out of bed, and searches used to be done at 2, 3 in the morning,” Henry disclosed as he outlined the extent to which he was being targeted, revealing that the men were soldiers.

He said that such treatment meted out to him only pushed him further to want a change.

Henry’s neighbour, incidentally, was the firebrand Cuban ambassador to Jamaica at the time, Armando Ulises Estrada, with whom Henry had a few run-ins.

Estrada was accused and marked by the JLP as an activist who wanted to introduce communism to the island.

And although the JLP was dead set against socialism, Henry said that personally, that was not his biggest fear. In fact, he told The Gleaner, he was not against the concept.