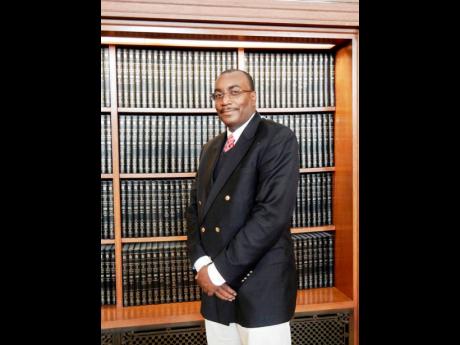 Finding a Jamaican Donald Trump supporter in New York might be like searching for a needle in a haystack, but attorney-at-law Gary Wright does not hide the fact that he voted on Tuesday for the president to remain at the White House.

New York’s 29 Electoral College votes went to the Democrats on Tuesday - no surprise in a state that has long had liberal leanings to that party.

While there has been overwhelming condemnation of Trump by most Jamaican expatriates in the tri-state region, Wright has an entirely different view of the president’s management of the country.

“Trump has been doing a very good job, and he has kept his promises,” Wright, who is in his early 50s and who grew up in St Catherine, told The Gleaner.

“... He has also withdrawn from the horrible, one-sided Iran Deal, and moved the US Embassy to Jerusalem.”

That analysis of Trump’s domestic and foreign policy has not found favour with a slew of opinion polls that has seen the president’s popularity tank in recent months.

Wright admires Trump’s bullish rhetoric against traditional allies, praising him for pressuring European partners to spend billions more on defence since 2016 and for the withdrawal from the Paris Climate Accord, which was officially ratified on Wednesday.

The Kingston-born Wright graduated from Dinthill Technical High School and studied law at Ohio State University, Oxford University, and at Moscow State University before setting up his immigration-law practice in New York and New Jersey.

The year 2020 has seen countrywide demonstrations for racial justice amid outrage over numerous police killings, including that of American George Floyd and Jamaican Maurice Gordon in May.

The fault lines of race and immigration have been issues that have widened the chasm between Trump and people of colour. But that has not sapped Wright’s enthusiastic support for the president, who appears to be losing his grasp on the White House as key battleground states trend in Democratic rival Joe Biden’s favour.

“Hispanic Americans and African Americans are seeing the lowest rate of unemployment ever recorded, and almost 3.9 million Americans have been lifted off food stamps since the last election,” said Wright, adding that Trump’s “positive achievements are significantly more important” than accusations of racism.

“I wish him God’s blessings, and I hope that his governance will encourage developing countries to be more responsible for their own development,” he told The Gleaner.