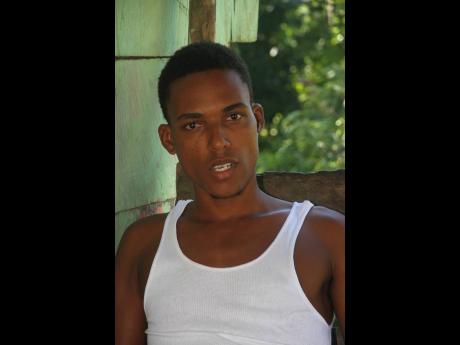 Nathaniel Stewart/Photographer
Khadane Rowe, a resident of Kraal in Clarendon questions the reason for action by the US government now and bemoans the lack of infrastructure and opportunities for young persons in the community. 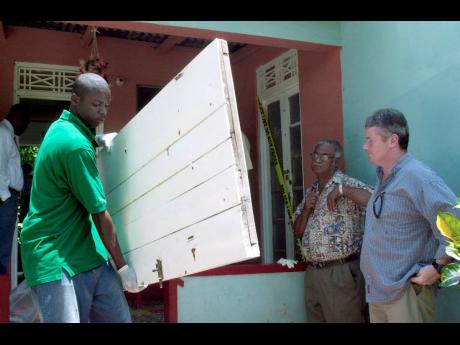 File
A Scotland Yard detective overseeing the removal of items from the death house in Kraal, Clarendon, on June 3, 2003, a month after four people were killed there by a police team. 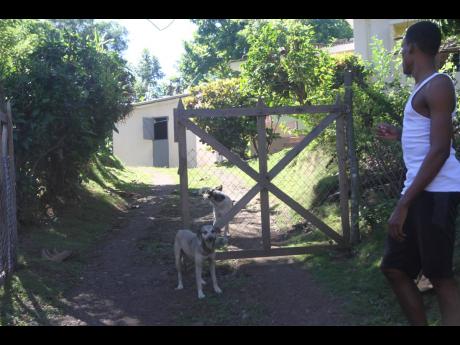 Khadane Rowe, who witnessed the condition his uncle Rohan ‘Bulby’ Thomas was in as he ran for his life in Kraal, Clarendon, on that fateful day of May 7, 2003, says it is a memory that will never be erased.

Reacting to the news that the United States had imposed travel and other sanctions on six former members of the disbanded Crime Management Unit (CMU) of the Jamaica Constabulary Force as well as members of their immediate families because of the Kraal incident, Rowe said it brought little consolation.

“Justice, for me, in this case is making an example of them,” Rowe told The Sunday Gleaner, adding that he was disappointed with how the Jamaican Government handled the matter.

Four persons were fatally shot by the CMU team on an operation led by Adams on May 7, 2003 in the rural community of Kraal, Clarendon.

Forty-five-year-old Angella Richards, 38-year-old Ferris Lewena Thompson, Matthew James and a man known only as ‘Renegade’ were killed during a shoot-out, the police said. Two illegal firearms – a Taurus 9mm pistol with six cartridges and a Winchester rifle with 14 rounds – were seized.

After several weeks of investigations in the aftermath of the killings, Adams and five rank-and-file members of the police force were charged with murder. They were, however, acquitted in December 2005.

Yesterday, Rowe told The Sunday Gleaner that the incident has left him with great distrust for the police.

He also lamented the lack of opportunities for young people in the community.

“Anything can happen to me by just sitting here. They were lawmen and that’s the approach they gave us. Whether you hear anything bad about a person or not, … the approach was very wrong,” he said.

Rastafarian Verol Smith did not mince words as he chanted for justice. Responding to news of the US sanctions, he said, “Don’t meck dem lef the island cause justice affi prevail.”

He expressed disappointment that none of the officers were punished.

“The Government should have done something,” he said.

Survivor Thomas believes the US imposed the sanctions on the six “because them commit such a dangerous act and di US just a protect themselves”. Still, he said that doesn’t appease him in the least, and that those in Kraal who have been affected by the incident were still awaiting justice.