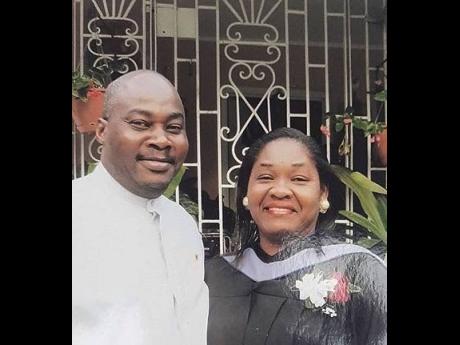 The family of a Jamaican man who died on the job from COVID-19 could sue the United States operators of Gebbers Farm in the wake of a US$2-million fine for “egregious” breaches of coronavirus safety regulations.

Earl Edwards, a 63-year-old who hailed from Crooked River in Clarendon, collapsed at the Washington state farm and died from COVID-19 on July 31. A Mexican farm worker also succumbed to the coronavirus weeks earlier.

Edwards’ widow, Marcia, confirmed to The Gleaner that she was aware of the developments, but declined to comment on whether she would be taking court action.

An investigation was launched in July after a tip-off that migrant workers boarded with the deceased had not been tested for the virus.

Those grounds appear to offer an avenue for the Edwards family to seek compensation for negligence, several local lawyers told The Gleaner on Wednesday.

Legal expert Dr Lloyd Barnett declined to speak in detail because he was not fully seized of the evidence of the case, but suggested that there was an apparent case of negligence “for alleged breaches or protocols”.

Public Defender Arlene Harrison Henry said that Mrs Edwards’ best course of action would be to hire a lawyer in the US.

But the case could turn not only on Gebbers’ reported culpability in Mr Edwards’ death but on whether the Jamaican Government may also have a case to answer.

Jamaican farm workers who flew out to the US and Canada under the intergovernmental programme signed a waiver indemnifying the Holness administration from liability if they contracted COVID-19.

Emile Leiba, president of the Jamaican Bar Association, said it was not clear how far-reaching were the consequences of that and other agreements.

“We don’t know what statutory form the farm worker may have signed to say that the employer is not liable in respect of COVID or any kind of issue,” Leiba told The Gleaner on Wednesday.

“They may also have some statutory protection from civil liability for those who engage migrant workers, so it’s very difficult to say what would be the position in that particular US state. “

He urged the family to first engage the Ministry of Labour in initiating contact for compensation.

Multiple attempts to contact Permanent Secretary Colette Risden Roberts were unsuccessful, as she was said to be in a meeting.

But Gebbers, a leading producer of apples, cherries and pears, has revealed that it was expected to appeal the ruling.

Amy Philpott, spokeswoman for Gebbers, defended the company’s coronavirus safety measures, including the enforcement of mask wearing, reduced occupancy, and the installation of exhaust fans to improve airlow in living quarters since July.

“COVID has devastated our state, our community, and our company. We’ve lost long-time workers who we considered family. We feel those losses deeply, and our hearts go out to their families,” Philpott told The Gleaner.