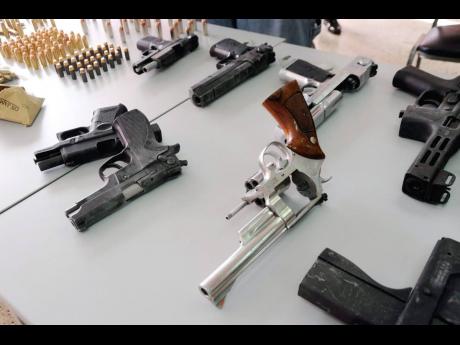 File
Guns and ammunition found at Port Bustamante in Kingston in January 2010. 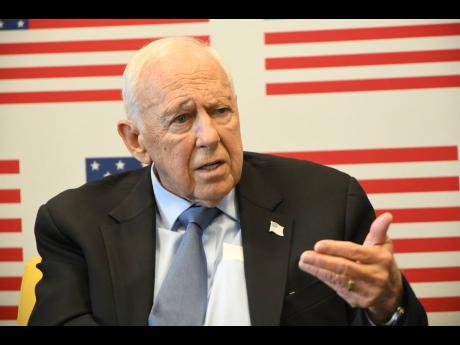 It took more than four years, but Jamaica has finally signed off on a memorandum of understanding (MOU) with the United States (US) that seeks to stamp out corruption at the ports, which has, for decades, facilitated the inflows of guns, drugs and other illicit items.

Outgoing US Ambassador to Jamaica Donald Tapia, who made the disclosure, also suggested that the Andrew Holness administration had concerns about the proposed arrangements in the MOU, or CMAA agreement, for the gathering and sharing of intercepted communication.

“It was more so on the Jamaican side of how the information was being gathered,” Tapia told The Gleaner last week.

“One of the things we said was that we will give you all the information … any information that we have would be transparent and would be forwarded to the Jamaican Government, either through the court authority, the JCF (Jamaica Constabulary Force) or the JDF (Jamaica Defence Force),” he added, making reference to the police and the army.

Despite the concerns, the American diplomat revealed that the MOU was approved by Jamaica for review by the US government.

Jamaica’s Attorney General Marlene Malahoo Forte did not respond to questions from The Gleaner about the broad details of what the Holness administration signed to and the likely impact on the rights of citizens.

The 20-page MOU has been in Washington for the past nine weeks going through the various stages of approval.

According to Tapia, it has already cleared two US law-enforcement agencies and is now awaiting approval from Immigration and Customs Enforcement (ICE), the final stop before it returns to Jamaica for a formal signing.

“We hope that it will move through ICE within the next six months,” he said.

The US Embassy in Kingston first complained last January that for four and a half years, the Jamaican Government had been dragging its feet on the MOU.

The proposed pact, Tapia told The Gleaner at the time, would allow American intelligence and customs authorities to partner with various Jamaican law-enforcement agencies to build cases against persons involved in the shipment of contraband into the island.

Noting that there are countries that ship cargoes to Jamaica under diplomatic cover, Tapia indicated that the MOU has implications for the handling of all cargo at the ports and how many are examined by local authorities.

“And what we are saying is that it must be transparent bilaterally through the agreement.”

For Dr Peter Phillips, a former minister of national security, one of the issues that must be considered is whether any Jamaican citizen is going to be subject to court proceedings, locally or overseas, arising from intercepted communication or any other evidence captured under the proposed MOU.

Further, he cautioned that the proposed MOU should take into account the fact that under Jamaican law, the interception of any citizen’s communication must first be authorised by the court.

“In other words, you have to get a judicial warrant to intercept someone’s communication. So I would expect that that would be an important element that any authority in the country would want to ensure is in place,” he said.

Phillips’ tenure was marked by the secret and highly controversial MOUs he signed with US and British law-enforcement agencies without the knowledge of his Cabinet colleagues at the time.

He has repeatedly defended that decision, saying he feared the risk of unintended disclosures.

For one former security operative, the proposed MOU targeting corruption at the ports was long overdue.

“Most modern organised crime is transnational, and any effective prosecution of these crimes is going to involve cooperation with other countries and is going to involve, also, use of up-to-date technologies that are applied everywhere in modern law enforcement,” said the operative, who spoke on condition of anonymity.

“So, I don’t know how far they (Jamaican Government) would go without that.”