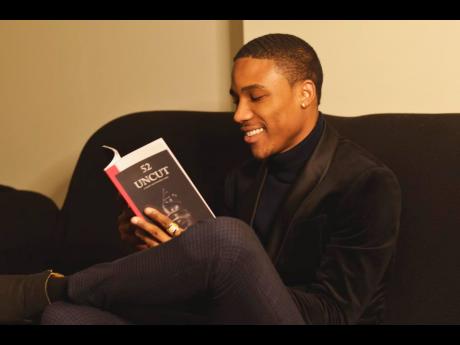 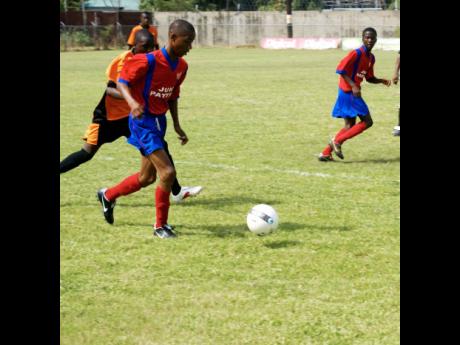 File
In this Gleaner file photo, a young Romario Mullings (foreground) of Manchester High dribbles past Don-Jay Smith of St Elizabeth Technical during an Under-15 match.
1
2

After a long quest to find his bearing, Romario Mullings has found his voice, having met his purpose as a motivational speaker.

What many would consider as his glory days representing his alma mater, Manchester High School, in football was a time of conflicting search, a moment he describes as unnecessary pressure to find himself.

“There was no light; there was no vision,’ he said, “I was living for people and not for myself.”

“The moment I decided I needed to change is the moment I started changing,” he added.

Because he was known for having behavioural issues, good grades were his saving grace when he was brought to the school board in the third form to determine whether he should be expelled.

“I just think I was trying to use my influence in the wrong way at one time and because of that I always got in trouble,” Mullings admitted, adding that he was given another chance.

This is how he described his younger self as he was always the child who wanted to be seen and heard in classes.

Otherwise, he was a truant, not seeing the need to attend classes.

Matriculating to sixth form with 10 Caribbean Secondary Education Certificate subjects was the last shot before defeat as he was expelled from the institution at the end of lower sixth form.

With just one year left before university, he was out of the game.

“My coach told me that the principal said it doesn’t matter what I do, he won’t take me back in upper six,” Mullings said, leading him to complete sixth form at Munro College in St Elizabeth.

Even after transitioning to The University of the West Indies, Mona, his parents pushed for an unconventional move as his mother Keisha Nation-Smith, especially, felt like he was far from fulfilling his potential.

He transferred to St Mary’s Halifax University in Canada to complete his degree in economics, where he is currently in his third year.

The identity crisis ebbed away as he found his voice and message. Last year, he penned his thoughts in his first book – 52 Uncut: A Short Motivational Guide – which was published in August.

After his cousin pitched the idea at the onset of the pandemic, he spent three and a half months writing.

Not wanting to miss the chance to impact as many people, his initial idea of 365 short motivational speeches was cut to 52, urging readers to “read a passage per week and try to implement what was learnt from the passage throughout the week”, explained Mullings.

The 25-year-old expressed gratitude to one of his former high school teachers, Jody Ann Baker, who continues to be a source of motivation for him even in writing this book.

“She was actually one of the only teachers that stood up for me and told me to keep my head up,” he said.

Now in the process of writing his second book, 52 Reasons: Your Why is Greater Than How – Mullings said that he has stopped worrying about how he will get something done and focuses on his reasons why, and his two sons have been a big part of his why.