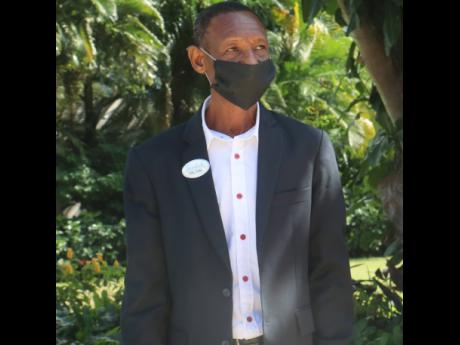 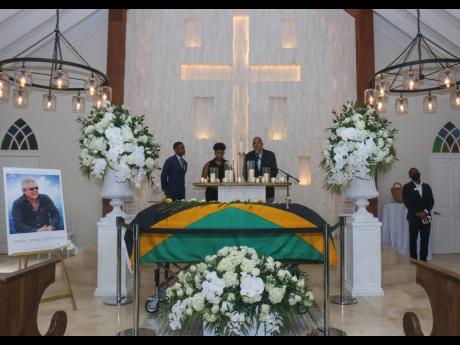 Dalton ‘Red Yute’ Smith has cried every morning since Tuesday, unable to temper his mourning for the man he called ‘Father’, Gordon ‘Butch’ Stewart, whose life was celebrated yesterday at the chapel at Sandals Montego Bay in St James.

Stewart died in the United States on Monday, and his remains were flown into the island on Wednesday.

“Up until today, I don’t know how I feel about his death. I don’t know if I am numb. I have cried every morning. I have mixed feeling, and it is like something in my brain is telling me he is still here. Until I saw the casket today, I did not accept it was real,” he confided to The Gleaner yesterday.

For the last 40 years, the two shared a father-son relationship that has seen Smith being Stewart’s right hand from as early an age as 19, and maitre’d, at the late hotel mogul’s flagship resort, Sandals Montego Bay, where they met in 1981.

The two grew together, Stewart in his role as a hotelier, and Smith as a service industry provider, who started out as a bus boy.

So close were the two that Smith said if his head hurt, Stewart’s would, too. It came as no surprise that when he received the news of the death of his long-time friend and ‘family member’, his blood pressure would shoot up.

Reminiscing on the special relationship they had as a duo, belting out a series of songs befitting the occasion, Smith said every meeting Stewart held in the 1980s, he was the only person allowed. Stewart’s days were almost a full 24 hours, and Smith said they would start out at 6:00 a.m. and go to bed at 3:00 am the next day, waking within three hours.

“Sleep was a luxury, which Stewart did not have time for. He was not easily satisfied and had far more energy than those younger than him. Sometimes we had to try to keep up with him,” he quipped.

Stewart, he said, trusted him 100 per cent and was very sensitive about the way people around them treated his ‘son’. He recalled being referred to by a member of staff as Stewart’s butler, and the late icon dressed down the person, stating: “You see him. He is not a butler. He is a member of my family.”

CHILDREN GREW IN MY HANDS

Stewart was not the only one in the family to accept Smith. The rest of the clan knew he was one of them and treated him likewise.

“Mr Stewart’s children grew up in my hands,” Smith told The Gleaner, adding that he was involved in all the functions at the homes of the man who created the ‘luxury-included’ concept from the all-inclusive idea.

Smith travelled across the island with Stewart, including to his homes in Discovery Bay and Kingston, and when he hosted travel agents and tour operators in the early days, he would serve.

Attorney-at-law Clayton Morgan, who was a close friend of Stewart’s, concurred.

Still in awe at the relationship he witnessed between the ‘father and son’, Morgan said he saw the love during a function Stewart was hosting for some of the biggest names in the international market, and Smith was introduced as the only person who could “fire him, Stewart, and he was the only one who could fire Red Yute”.

Morgan said there was mutual respect between the two and an obvious unbreakable bond.

“I have a good life here. I was blessed to be a part of Mr Stewart and his family,” Smith shared.

When the two first met, Smith lived in the inner-city community of Flankers. Today, he owns a house in Stonebrook in Trelawny.

For Smith, Butch Stewart was a very caring human being, a man who did not change in 40 years.

“No wealth … no assets never changed him,” he stated.

There will be a viewing of Butch Stewart’s body today at the Stella Maris Roman Catholic Church in St Andrew from 9:00 a.m. to 1:00 p.m.