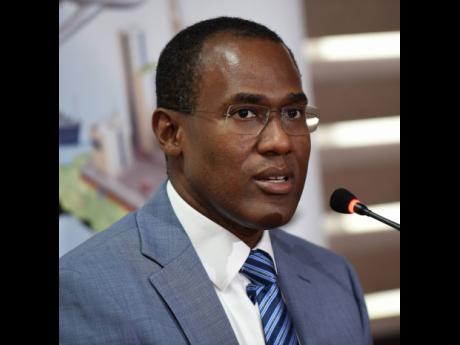 In his address at the Jamaica Stock Exchange’s (JSE) Capital Markets Conference on Wednesday, Clarke said that these offers are at times marketed as if they were consumer goods.

“I have seen a trend where we have seen listings of primary and secondary offerings – you call them APOs – where they are marketed as if it is a lollipop in the candy store. That’s heading in the wrong direction,” Clarke said. “The JSE should do something about it. In developed markets, you cannot market a prospectus in the way that prospectuses are being marketed here in Jamaica as if it is an impulse purchase.”

Clarke reasoned that investment in the market involves risk, and persons should be presented with all related information when offerings are marketed and advertised.

The JSE Combined Index has declined 22.5 per cent over 12 months to January 26, 2021, as the coronavirus pandemic affected the economy.

Public offerings were shelved for several months, but Barita Investments, Key Insurance and Tropical Battery have since conducted offerings.

GET AHEAD OF CURVE

Currently, Proven Investments and Derrimon Trading are conducting offerings, with Alliance Financial announcing the suspension of its offering until further notice.

Many of these offers are being marketed in traditional and digital media.

“You have a 100-page prospectus with lots of numbers and details. You cannot put a banner in the newspaper that says ‘Buy Soups R’ Us’ and there’s no other information in the banner, but just buy,” Clarke lamented. “That cannot happen in mature markets in the USA, Canada, and the UK.”

The finance minister called on stakeholders to show the “foresight, wisdom, and vision” to set rules on such activities and not wait for the Government to pass regulations to address it.