Man dies one week after torture - Beaten and burnt, victim pleaded with attackers for mercy 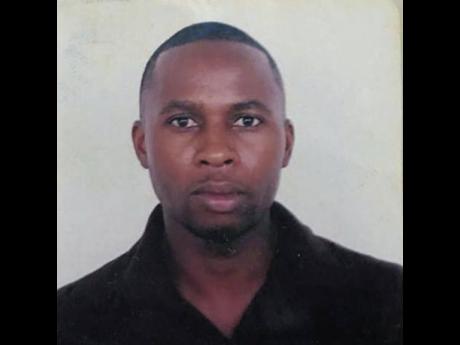 SILENT HILL, Manchester: A Manchester man succumbed to burn wounds on Tuesday just over a week after escaping the clutches of gunmen in his home town of Silent Hill, where he was beaten, set ablaze, and left for dead. Jerrime Hendricks, 45,...

A Manchester man succumbed to burn wounds on Tuesday just over a week after escaping the clutches of gunmen in his home town of Silent Hill, where he was beaten, set ablaze, and left for dead.

Just as he was about to leave when he discovered that the shop was closed, he was approached by four gunmen who took him inside and attacked him.

Hendricks’ efforts to escape their blows were initially blocked, and he was doused with gasolene and set on fire.

However, the shop caught fire, giving Hendricks an opportunity to roll on the ground and seek refuge in nearby bushes.

A cousin of the victim, Sonya Goulbourne, told The Gleaner that Hendricks had sustained second- and third-degree burns to 60 per cent of his body.

Fuelled by a rush of adrenaline, Hendricks ran miles through rocky terrain to a house to seek help. Shivering in the cold after losing most of his skin, he hollered for the occupant to call the police.

Hendricks was rushed to the Percy Junor Hospital and was later transferred to another medical facility. He was in a medically induced coma up to Tuesday afternoon.

The family had been seeking to have Hendricks, who was in critical condition, transferred to Jackson Memorial Hospital in Miami, Florida.

A GoFundMe campaign geared towards raising US$50,000 yielded just over US$8,000.

“He was not only severely burnt, but also severely beaten, so all of that trauma to his body was going to be a lot to deal with,” said Goulbourne.

“It was an inhumane, callous act that went on for hours, and I don’t know why anybody would want to do this.”

Hendricks’ body was covered in blisters and his soles punctured by thorns and stones during his dash to survive.

“He said while he was being beaten, he prayed; and he even asked one of the perpetrators if they believed in God, and they said ‘no’,” Goulbourne said.

Hendricks, Goulbourne said, was a ship worker for more than 20 years and was rarely in Jamaica, but had been grounded because of COVID-19 travel restrictions and the collapse of the cruise industry.

The Christiana police said the attack is under investigation and no motive has yet been determined.

One person has been detained.