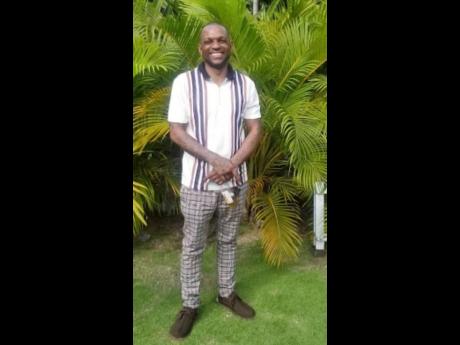 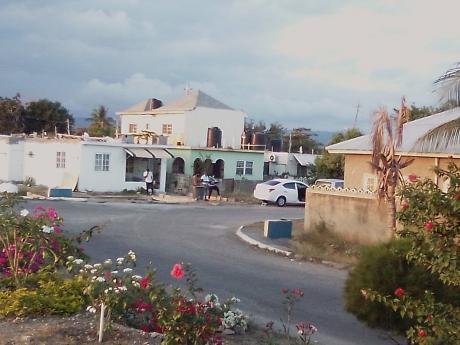 Ruddy Mathison photo
In this photo is a white car allegedly driven by one of the gunmen. The police say they recovered a firearm from the vehicle, while taking one man into custody.
1
2

A man is now in police custody and his cronies are being sought by the police after they carried out a brazen daylight shooting of a man at about 2 p.m. yesterday in Braeton, Portmore, St Catherine.

Rohan Martin, 42, had just left the burial of his cousin and was heading towards his car when he was approached by three men who shot him multiple times. He was pronounced dead at the Spanish Town Hospital.

The incident occurred on McPherson Drive in Braeton, Portmore.

However, quick action by the St Catherine South Police led to the apprehension of one of the alleged killers and the seizure of a firearm.

A grieving evangelist Evadney Martin, mother of the deceased, who reportedly witnessed the shooting, told The Gleaner that she was a few metres behind her son when she saw the gunmen approaching him as he was about to enter his car. She said they opened fire hitting him several times.

“I ran over to him and he was trying to say something to me but I saw a clot of blood came from his nose and mouth and I know he would not survive,” said Martin.

“Just as the men got into a white car and were speeding away, I saw a police vehicle drove up and chased after the car,” she further revealed.

The police confirmed that they gave chase and the men, after shooting in the direction of the patrol vehicle, abandoned the car. One of the men was apprehended while two others escaped.

Residents in the community said the killing was allegedly linked to a gang feud that started in October last year when one man who is said to be a member of the notorious Clansman Gang was shot and killed and 11 others injured at an illegal party in Old Braeton.

The dead man’s mother, however, denied that her son was involved in any gang-related activity.

“My son was not known to be involved in wrongdoing, so I don’t know who would want him dead,” she said.

“To tell you the truth, one time them come and want him to join them gang and him tell them no, so since that time them carrying a hatred for him. He was trying to live a decent life,” the mother disclosed.

In the meantime, the St Catherine South police, who have not disclosed a motive for the killing, say they are actively searching for the other perpetrators.